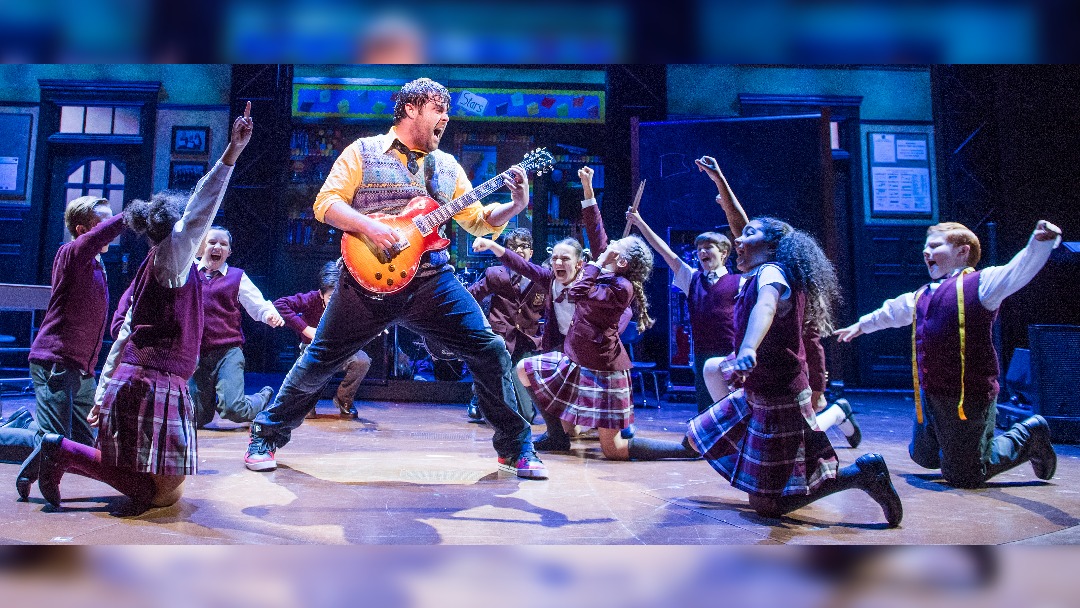 The smash hit, award-winning West End show School of Rock – The Musical has confirmed a UK and Ireland tour including Manchester’s Palace Theatre.

Auditions are currently in full flow, with casting due to be announced later this summer for the stage production of the hilarious hit movie.

School of Rock – The Musical follows Dewey Finn, a failed, wannabe rock star who decides to earn a few extra bucks by posing as a substitute teacher at a prestigious prep school. There he turns a class of straight-A students into a guitar-shredding, bass-slapping, mind-blowing rock band – sensationally performed live by the production’s young actors every night with roof-raising energy!

While teaching these pint-sized prodigies what it means to truly rock, Dewey falls for the school’s beautiful, but uptight headmistress, helping her rediscover the wild child within.

School of Rock – The Musical features new music written by Andrew Lloyd Webber with lyrics by Glenn Slater and a book by Tony award nominated Julian Fellowes. It is directed by Laurence Connor with choreography by JoAnn M.Hunter, set and costume designs by Anna Louizos, lighting design by Natasha Katz, sound design by Mick-Potter, music supervision by John Rigby with Matt Smith as musical director.

The production opened on Broadway at the Winter Garden Theatre in December 2015 before quickly transferring to the West End and opening at the New London Theatre (now the Gillian Lynne Theatre) in November 2016 to 5-star reviews and widespread critical acclaim. It went on to win the Olivier Award for Outstanding Achievement in Music. The Australian production opened at Her Majesty’s Theatre in Melbourne in October 2018 before embarking on a national tour of China, and a short season in Korea, before returning back to Australia for seasons in Brisbane and Sydney.

When does School of Rock – The Musical run at Manchester’s Palace Theatre?

School of Rock – The Musical runs at Manchester’s Palace Theatre from 4 – 15 January 2022.