Robot Chef is coming to The Lowry 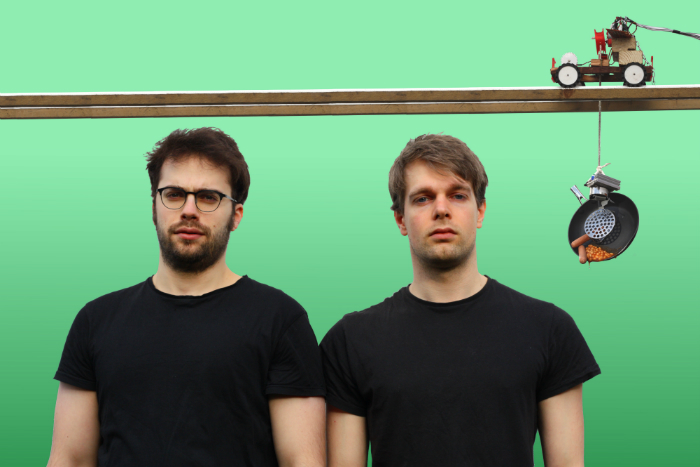 After a sold-out run at the Edinburgh Fringe, the duo bring their evening of baffling, technology, music, augmented reality and their audience-controlled robot chef to the venue.

Since their debut in 2014, IT rock & roll comedy duo Foxdog Studios have taken three critically-acclaimed shows to the Edinburgh Fringe, appeared on BBC Radio 4 Extra and have been interviewed in WIRED magazine. They’ve taken their shows to festivals, comedy clubs and museums across the world, and have been nominated for a Chortle innovation award and two Malcolm Hardee awards.

The duo are genuine IT consultants who experiment with interactive technology, surreal humour … and people’s patience.  Lloyd Henning and Pete Sutton create their interactive shows using custom software and hardware.

Foxdog Studios set up a micro network so that audience members can connect their phones to a network and control what is happening.

When is Foxdog Studios’ Robot Chef coming to The Lowry?