Previewed: Thea Gilmore at the Royal Northern College of Music 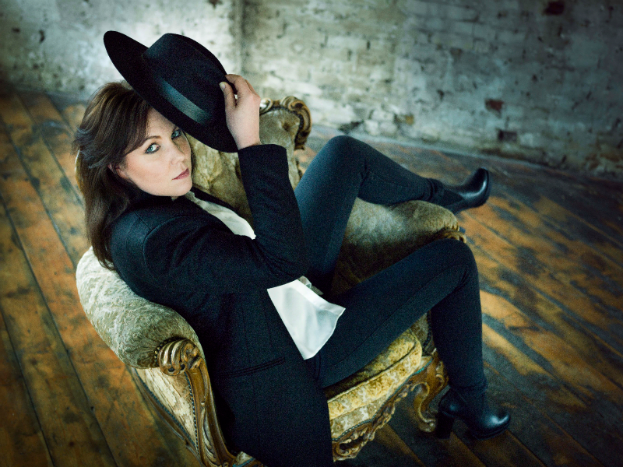 Long cherished by fans and critics alike, Thea Gilmore’s 17-year career has seen her profile and audience grow with inexorable momentum since her first album, Burning Dorothy was released when she was just 18.  And now comes album number 15 with Ghosts & Graffiti; a very different beast again.

It’s astonishing to consider that she first hit the Top 40 of the UK album charts with her fourteenth album, 2013’s Regardless.  Considering just how talented she is, it was long overdue.

A compilation with its own twists – part new album, part retrospective – Gilmore has included four all-new songs that sit alongside six newly-recorded versions of old material, selected jewels from her back catalogue and, just for good measure, her recent run of A-list radio hits are also included.  And there are compilations with I Am Kloot, King Creosote, The Waterboys, Neil Gaiman, Joan Baez and Joan As Police Woman.  She explains of the Collaboration with Joan As Police Woman, “I found myself onstage with Joan Wasser for a series of UK gigs in 2012, celebrating Sandy Denny’s life” recounts Gilmore. “Much as I love and admire her work as Joan As Policewoman I was still taken aback by her musicality, versatility and vocal presence. Her talent has such breadth. ‘This Girl Is Taking Bets’ is a special song to me, the first song I ever had playlisted…some would call it my anthem. I knew that if I ever cut it again I had to have another female voice breathing some new life into it. Joan did this, and blew me away with the energy and honesty she brought to the performance.”

“People have asked me many times about a compilation,” reveals Gilmore, “but I’ve always said no. I’m a bit of a ‘Best Of’ sceptic and I’ve never felt it was time to look back; I always had new stuff I passionately wanted to get out there. Then I realised last year that I wanted to bring new light to some older songs… colour, and the perspective that just living for a while affords. I was so young when I wrote many of them, and I’ve come to see some of the early versions as no longer definitive.”

Therefore ‘Ghosts And Graffiti’ has one eye on the horizon and one in the rear-view mirror. “I didn’t set out to make so many albums,” she continues. “There was no master plan, I just had things to say so I found a way to say them. Now I see every record as a snapshot of that particular time in my life. I go back and listen to myself singing when I was 18 and it’s like a haunting; the songs are the ghosts of my past”.

And the material is highly charged and very current.  It’s political and looks at social issues which have developed over the last 20 years.  Voter apathy, war, celebrity culture, a House of Commons debate and the media all play a part in inspiration for the album.

Referred to as one of the finest singer-songwriters of her generation, Thea Gilmore is now enjoying mainstream success and comes to Manchester’s RNCM on Saturday 23 May.

In Review: Joan As Police Woman at Gorilla
In Review: Nina Nesbitt at The Ritz
In Review: Gabriella Cilmi at The Deaf Institute