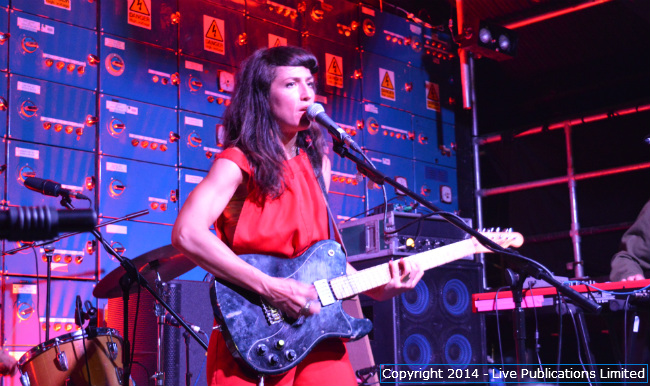 In a move that has drawn her away from the dark, powerful and anguished sound of her earlier material, Joan As Policewoman has taken on a slight change of direction, bringing a brighter and more soulful sound to her performance.

Whilst still retaining the retro influence in her set last night at Gorilla, she struck the perfect balance between her newer, more upbeat, material and the angst ridden intensity of her previous albums in front of a packed, attentive and engrossed crowd.

Joan Wasser, to use her less commonly used moniker, moved effortlessly between instruments, at various stages displaying her skill on the keyboards, guitar and violin whilst all the time impressing with her strong vocals. 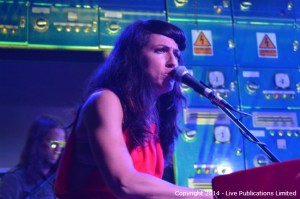 From the start of the set, which began with four tracks from her latest album, The Classic, the crowd was hooked.  Taking her position at the keyboard, she opened with What Would You Do before moving on to Holy City, which had fans dancing away.  But it wasn’t all retro vibes and soul by any means.  Although many people have commented on the change of direction Wasser has taken, tracks such as Good Together, still contain an edge, which, in this track, was demonstrated perfectly through amazingly driven guitar work.

Joan As Police Woman certainly performs with variety – whether it’s the retro feel or busy harried guitars or almost experimental work, there’s certainly something for all tastes.  That was also evident last night as angst ridden tunes were juxtaposed with slower, stunning numbers such as Get Direct, as Wasser played and then strummed the violin as if it were a guitar. 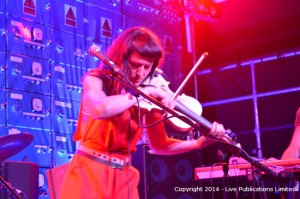 Earlier material such as Ride from her 2006 album Real Life, Chemmie (which showed that the funky bouncier retro vibe isn’t in fact something completely new to her music and has always been there to find) and The Magic from her 2011 album The Deep Field, were greeted with a cheer as the crowd of devoted fans demonstrated that they had been with her for some time. 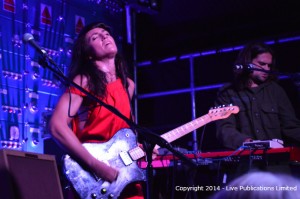 What Joan As Police Woman does exceptionally well is to engross – trapping the listener in the sound, which can be no better demonstrated that in the melancholic, atmospheric and angsty delight Hard White Wall or in the building guitars and drums of New Year’s Day and the haunting melodies of Stay.  It’s a knack she has always had and one which translates to the live stage beautifully – the ability to captivate and hold an appreciative crowd through her talented and emotive performance.