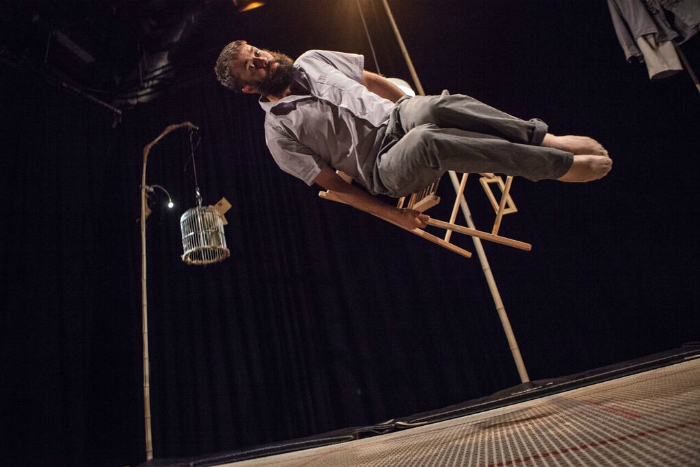 The programme features experiential performance, music and events to challenge visitors of all ages to see things differently both in and outside Trafford’s arts venue.

There’s something for everybody at Refract:17 at Sale’s Waterside Arts Centre with music, theatre activities for children and more.

Refract:17 showcases something a little different for little people too.  Join us outside for a squawking adventure inside a giant bird’s nest. Flit, Flap, Fly is bursting with live music, audience participation and birdsong as it follows a young bird’s frantic and funny journey towards independence. If flying is not your thing, how about a spot of jumping? Anyday is a trampoline based theatrical performance telling a charming and comic tale complete with clangs, boings and unbearable hope to make our spirits soar.  And indeed if you prefer your theatre a tad more static but equally as inventive and entertaining, we have a family sing-a-long with Nick Cope’s Family Songbook, musical vegetables combined with puppetry in the hilarious adventure of Goblin’s Peter and The Wolf and seasonal adventures for tiny tots in Aleena’s Garden.

Teens reluctant to leave home without gadgets or, heaven forebid, without access to the internet, are in for a night out like no other with WiFi Wars.  Not only are mobiles and tablets welcome, they are an essential part of this live and interactive comedy game show complete with prizes! In Stuff, Cirque du Soleil clown Sean Kempton, mixes mime, clowning and comedy in this playful and physical show about love; whilst the equally physical and enchanting Melancholy, fuses animation and puppetry in this poignant tale of one man as he treads the fine line between genius and insanity. Completing this creative, cultural line for older kids, is Mobile.  Part theatre and part life lesson about class in modern Britain, this intimate, visual and powerful show is staged inside a caravan – exploring our sense of home, belonging aspiration and the realities of social mobility.

BBC comedy stalwart Jan Ravens comes to Refract:17 with a preview of her brand new Edinburgh Fringe Show, as well as comic poet genius John Hegley and award-wining comic Andy Kirkpatrick.  Other Refract:17 delights include Dylan Thomas’s timeless masterpiece, Under Milk Wood and Waterside faves Comedysportz, plus drop in activities for all throughout the ten days.

CKP presents Jan Ravens: Edinburgh Preview
8pm. Tickets £10
Enjoy an evening of stand up with Jan Ravens, star of the BBC’s Dead Ringers, and her impersonations of The Queen, Kirsty Wark, Fiona Bruce and Theresa May, among many, others.

Troika presents John Hegley
7.30pm.  Tickets £15 / £13
John Hegley is widely known as one of the country’s most innovative comic poets with several best-selling volumes of poetry to his name.

Ren Harvieu
8pm.  Tickets £14 Adv (Door price £16)
Salford-born singer Ren Harvieu is an incredible talent, blending vintage soulful tones with sumptuous swing touches. Compared to the likes of Dusty Springfield and Ella Fitzgerald.
Her breath-taking, soaring vocals have led to her being named on the BBC’s Sound of Music 2012 list, Ren has appeared on ‘Later with Jools Holland’, performed with the BBC Philharmonic Orchestra’s celebration of James Bond and most recently performed live as part of Barbour International live sessions. 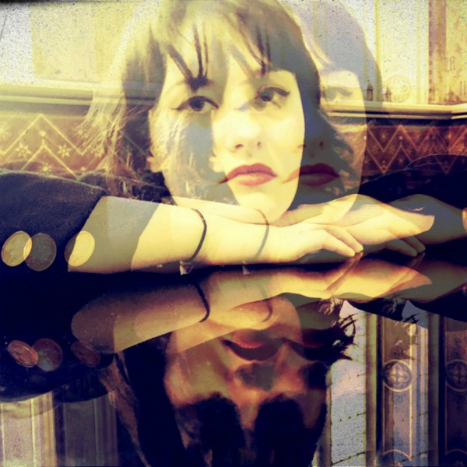 Colour The Clouds Theatre Company present Aleena’s Garden
1.30pm and 3.30pm.  Tickets £9/£7.  Family club £4.50.  4 years & under / 60 mins
Join Aleena as she tends to her garden from the first days of spring through to the snowy fun of winter. Help bring the seeds to life, meet the animals that live there, watch the flowers bloom, the trees blossom and the seasons change. 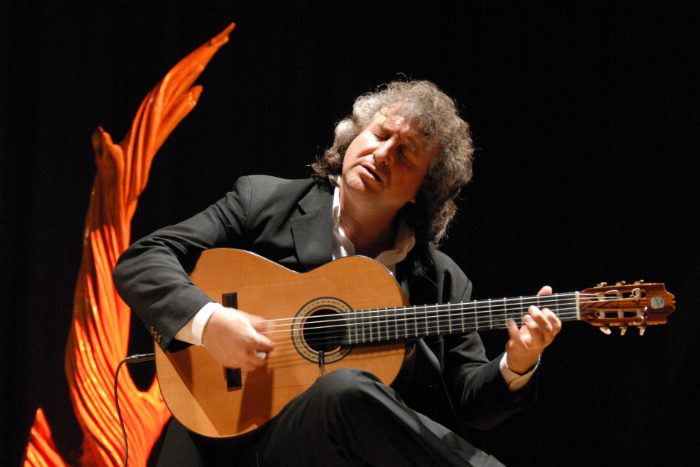 Max Calaf Seve presents Anyday (pictured above)
7.30pm.  Tickets £13 / £11.  Age 5+ / 60 mins
Taking place on a trampoline, Anyday is comic, absurd and surreal. With an original score by Matt Huxley, this charming tale transmutes the clangs and boings of unbearable hope to make our spirits soar.

Mr Wilson’s Second Liners and Felix Hagan and the Family
Doors 8pm.  Tickets £10 Adv, (Door price £12)
A deliciously twisted night of frantic, genre-defying live entertainment.
Mr. Wilson’s Second Liners will take you back to an era missed by almost every Mancunian who raved!  New Orleans meets 90s club classics…a rave funeral without the body.
Felix Hagan & the Family are a seven-piece explosion of new-glam, high camp pop, punk and classic rock. They smash genres together into a theatrical blaze of high-energy glittery madness, backed up by unparalleled stagecraft and an unshakeable desire to entertain. 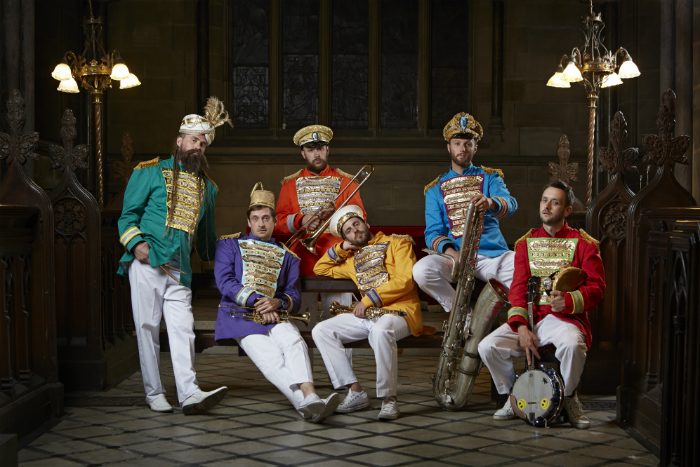 Wifi Wars
7.30pm.  Tickets £10 / £8.  Age 7+ / 1 hr 50 mins inc. interval
WiFi Wars is the World Record-Breaking live comedy game show where the entire audience play along! Login with your smartphone or tablet (make sure you’ve got plenty of battery!) and compete in a range of games, quizzes and challenges to win the show, and prizes!

Melancholy
8pm.  Tickets £10 / £8.  Age 11+ / 60 mins
Spiral down the stairs to the world of the inventor.  Consumed by grief, he undertakes work on his biggest creation yet, his lost wife… but at what cost?  Puppetry, physical theatre and animation combine to tell the story of one man as he treads the fine line between genius and insanity.

Paper Birds present Mobile
Various times throughout the day (check website).  Tickets £9.  Age 12+ / 40 mins
We are taught from a young age to aim high, reach for the stars, climb the social ladder. But surging forward, if we look back, what do we see? Based on interviews conducted in communities across the UK, this is an intimate 40-minute theatre show in a caravan.

Goblin’s Peter and the Wolf
1.30pm & 3.30pm.  Tickets £9 / £7.  Age 4+ / 55 mins
Join Peter on a hilarious adventure through the fields and forest as he discovers new sounds and noises.  With amazing music created live with a variety of instruments and objects, including real musical vegetables, combines imaginative puppetry, physical comedy and fun interaction and will have children jumping for joy.

Comedysportz
6.30pm.  Tickets £7 / £5. Age 7+
An all ages, all improvised show where two teams battle it out for laughs as players create quick-witted sketches, scenes and songs from whatever suggestions are thrown at them by the audience.

Nick Cope’s Family Songbook
2pm.  Tickets £9 / £7.  Age 8 & under / 60 mins
Nick Cope writes and records music for children and has established a fanatical army of little people and their parents, from all over the world. Come join the fun as he entertains from his fantastic repertoire.

Breaking Tradition Ltd present The Demon Barbers XL – Disco at the Tavern
7.30pm.  Tickets £17.50 Under 16s £10
Winners of ‘Best Live Act’ at  BBC Radio 2 Folk Awards
Following their sell out performances of The Lock In, The Demon Barbers return with new repertoire, extra band members and a modern twist to their multi-award winning Roadshow.  Featuring some of the UK’s most exciting young Clog, Sword, Hip Hop and Break dancers they are guaranteed to deliver the folk music & dance spectacular of the year!