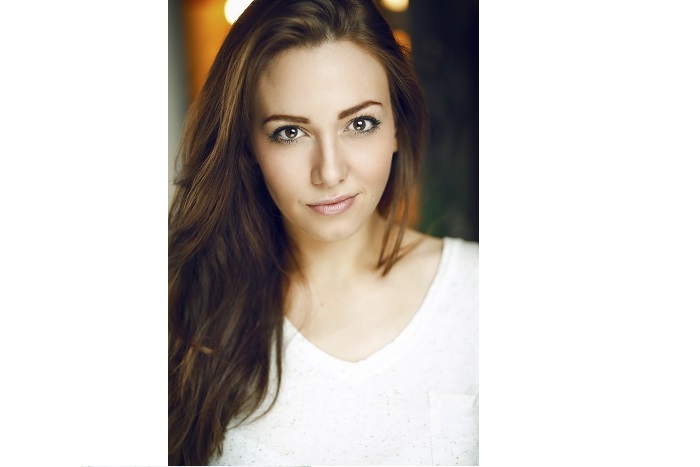 Actress and 1956 Theatre Artistic Director Amy-Jane Ollies has released her debut play, Wolf, which was first performed by 1956 Theatre as part of their hugely successful Manchester Rep Season.

Addressing the relationships between family and friends, Wolf looks at the effect of a lack of communication, honesty and lies and how these can cause events to spiral out of control unexpectedly, devastating families and individuals.  Set in Manchester following the relegation of Manchester City, it is a realistic portrayal of dysfunctional family life.

A must read for This is England 90, Shameless and The Royle Family fans, Wolf is excellently written by Amy-Jane Ollies, centring around a family torn apart and suffering loss and dysfunction following the arrest of oldest son Carl, as middle child Nick prepares to leave for University and youngest sibling Samantha finds herself isolated and desperate for love and attention.  Through twists and turns, lies and occasional betrayal, we watch the family struggle to hold itself together as we start to wonder has wolf been cried once too often.

Wolf contains themes which many will identity with.  It is raw and touching, but not without humour.  Amy-Jane Ollies has written and produced an excellent piece, which works perfectly on a theatre stage.  It is wholly engaging and evokes empathy, sympathy and occasional despair for the characters.

We caught up with author Amy-Jane Ollies to talk about the play, writing and 1956 Theatre. 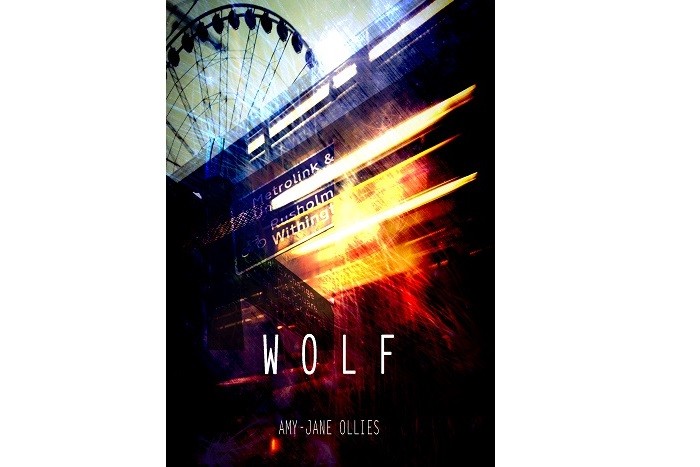 Congratulations on the release of your excellent début piece, Wolf. How would you describe Wolf to anybody who hasn’t read it or seen the production? What themes does it cover?

Thank you, that’s very kind of you! Wolf, so-named after the famous Aesop’s Fable “The Boy Who Cried…”, is essentially a Northern drama – with grit, humour, heart and emotional upheaval. Set in Manchester, 1998, the play explores the decaying relationships between one family and their significant others. At the heart of the action is the idea that there is a lack of truth within most relationships and as the story unravels the audience sees how these lies work their way through the cracks and up to the surface – with damaging effects. There are many interweaving themes throughout – first love, sibling-rivalry, divorce, adultery, sexuality, coming of age and devastating loss – all explored through anger, tears and laughter.

Why did you decide to write Wolf?

Writing has long been a passion of mine and, although my laptop is littered with unfinished scenes and untitled projects, I’d never finished a full-length piece before – definitely not one that I’d have been willing to let anyone read – let alone perform to an audience! So, Wolf was something of a personal process for me – a box that I’d long been wanting to tick. My Theatre Company, 1956 Theatre, was producing our first Rep Season – the aim was four plays in four weeks with one cast (we relish a challenge) so I started working my way through old bits and pieces that I’d written – characters, monologues and story ideas until I found some inspiration. I liked the idea of contemporarising an old Fable and “The Boy Who Cried Wolf” was a favourite of mine growing up, I think the moral lends itself well to a contemporary story – this idea that lying to everyone will eventually lead to your own downfall.

What were the inspirations behind the story and characters?

The story and its characters are entirely fictional but I have been influenced by the many ‘characters’ that have coloured my life. Each role, as it should be, is multi-layered because it was important to me that there were no “throw-away” or “supporting roles” as, in life, there are no “supporting” characters – everybody matters and everybody’s personal journey is important to them so I felt strongly that each individual’s story and history should be able to stand alone as well as fit into the story as a whole. Some of the characters, I wrote a long time ago as part of different stories and fitting them all together was like a jigsaw puzzle; making the stories intertwine. Advice you often read is “write what you know” so setting the play in 1998 worked for me, I was a very young teenager then and at the stage in my life when you’re very much aware of everything – music, popular culture – it’s like taking the blinkers off and all of a sudden there’s this world outside of your own family. I felt it was a moment in time that I could most identify with and most accurately capture for the story to be set in.

There any many aspects of the work, and many characters, that people will be able to identify with. Was that a deliberate approach?

I wasn’t sure that people would identify with the play as a whole too much as, although technically ‘kitchen-sink drama’ – it is still theatre and some degree of artistic license should be allowed and these are heightened situations that aren’t common to everybody. But when you’re writing characters you do start to care about them, it’s funny, some of what you’re writing can become sympathetic – you want your character’s decisions and viewpoints to be understood by the audience I suppose – so that they aren’t judged too harshly. Though, every story needs light and shade; I think it’s great when the audience are somewhat divided in opinion after watching a play. That way, as a writer, you know that you’ve not shown too much bias one way or another.

Are there any characters or issues which you particularly identify with?

Cliché I know, but I do identify with all eleven of the characters. Stories I’ve heard and been privy to throughout my life may have subconsciously inspired the writing and perhaps the characters are an amalgamation of several people I’ve met or observed at some point so I think there’s a lot of little bits of me in there and of people that I know and love and, obviously, a lot of people deal with shock, loss, love, separation, temptation, betrayal and so on – so I think I can identify with all of the issues, whether they’ve affected me directly or not.

How did you approach the writing process?

One of the challenges I faced was giving each of the characters their own ‘voice.’ Writing dialogue between a man and his wife approaching middle-age with four grown-up children who are each facing individual traumas and heartache proved difficult when I haven’t been in that situation. But I think I’ve always been observant and, like a lot of actors, I have a vested interested in people – relationships, how they work etc which helped. And, as I was still writing when we cast the play, I was able to write with the actors in mind which shaped who the characters became. I also worked with the notion that it is not always what “is said” but what is left “unsaid” that is just as important. I took a very open approach and let it just happen naturally – if something felt wrong in rehearsals it was tweaked and re-written and at one point I actually added in a scene with two days until we opened. So there were never any rules. I’ve found that to work creatively you have to just let your imagination run and not set deadlines and definitive plans because that way you’re going to stifle yourself.

What inspired you to become involved in theatre work?

I’ve been involved with theatre for as long as I can remember – I was a dancer from an early age (over 20 years ago!) and some of my fondest and earliest memories are of being on stage wearing sequins with my hair lacquered back into a tight bun. I was enchanted by it and knew very early on in life what I wanted to do. My issue was always confidence and I think that affected getting people to take me seriously – if you’d asked my dance teachers back then if I would’ve continued on to become a professional performer they would have undoubtedly said no and I think my parents just hoped I’d grow out of my phase… they’re still hoping I think! 😉 Performing is still at the heart of everything I do but writing has offered me another outlet and creative release which is surprisingly rewarding.

Wolf was produced as part of the 1956 Theatre Mcr Rep Season and received rave reviews. What makes Wolf work well as a theatre production?

I think more than anything it’s possibly the characters. Characters like Paul (played by Ben Wolstenholme) – the obnoxiously charming teenager hitting that first crossroads in life; leaving home, first girlfriend, University beckoning and life has so much to offer but he’s feeling under immense pressure for the first time. Everyone is a school-leaver at some point and can heavily identify with what it feels like to have that wave of change hit you at an age when you can barely grapple with it. Art is subjective and theatre divides opinion so obviously I can’t say that it would be for everyone but I definitely think there are moments in the play that almost everyone could recognise and empathise with and a lot of the positive feedback I had was about the individual characters and the chemistry between them.

1956 has put on several excellent pieces since then. What’s next for 1956? Are there any further productions planned?

Thank you! We have had a bit of a hiatus – Lee (Lomas, Managing Director) and I have, fortunately, had a very busy year working as actors and this has meant projects with 1956 have been put on hold for the moment. We are excited to be relocating to London next month and once settled we plan to continue producing as we have several projects in the pipeline for the Theatre Company – we recently met with a brilliant venue in Central London to discuss producing new work in 2016 so we have already laid the foundations. This doesn’t mean we won’t continue to produce work in Manchester as we still have a base here but for now we’re just happy to be busy and doing what we love and will take each venture as it comes!

Wolf is available now on Amazon, Lulu and Barnes & Noble.