Home Manchester to host The Return of Memory 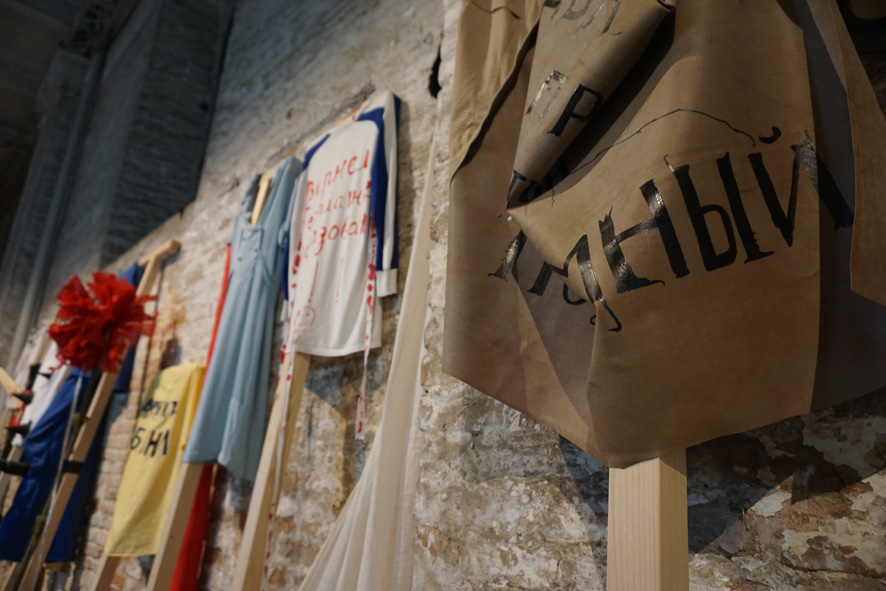 Home has revealed a new exhibition The Return of Memory will form part of it’s major Russia season A Revolution Betrayed?, a programme of theatre, visual art and film marking the centenary of the Russian Revolution.

The Return of Memory is a contemporary group exhibition delving in to the history, memory and legacy of the October Revolution – from bright new artistic futures, to disillusionment and political disturbance, to the thriving cultural scene that exists in the country today.

In The Return of Memory, curated by Sarah Perks, Artistic Director: Visual Art, Home and Anya Harrison and Olya Borrissova, founders of The New Social, unofficial histories, suppressed memories and strategies of resistance all converge. The exhibition explores how contemporary artists are responding to the state of the ‘New East’ today. Rather than a nostalgic look at the past, new commissions and existing works re-activate and repurpose key historical and cultural emblems and stories, from the avant-garde and revolution to the collapse of the Communist system and ideology, addressing key questions around the legacy of the Russian Revolution.

What’s featured in The Return of Memory at Home Manchester?

Moon Kyungwon and Jeon Joonho will tell the story of Taesung, the ‘Freedom Village’ – an isolated farming community in the demilitarised zone between North and South Korea as part of a co-commission with Frieze Projects 2017.

Callum Cooper’s large-scale multi-disciplinary project on St Petersburg’s Vavilov Research Institute of Plant Industry, the world’s first and largest seed bank will reach its climax.  The project is based on the work and discoveries of soviet botanist Nikolai Vavilov, who travelled the world to collect as many crop and edible plant varieties as possible to end world hunger.  Due to a shift in political values under Stalin,  Vavilov was condemned to die of starvation in a Russian prison.  Cooper – in collaboration with Hopwood Hall College and Greater Manchester Allotments – will transplant seeds to Manchester to be grown in local allotments. To mark the closing of the exhibition in January, award-winning Manchester chef Mary-Ellen McTague will use the produce to create her twist on a Russian soup for a special dinner at Home to celebrate all of the projects’ participants.

Ruslan Vashkevich’s video installation Victory Over the Sun (pictured) will reassess the politics of the controversial Futuristic opera first organised by Kazimir Malevich and his fellow avant-garde artists in 1913.

Declan Clarke and Sarah Perks investigate who is betrayed by revolution, historical or fictive – a legacy of their 2013 Cornerhouse exhibition Anguish and Enthusiasm: What Do You Do With Your Revolution Once You’ve Got It?.

A Revolution Betrayed? will also include a specially curated film season and live performance including a new production of Anton Chekhov’s Uncle Vanya; Underground presented by Babel Theatre; The Suicide, presented by Manchester School of Theatre; Pen:Chant’s Protest & Revolution; and a specially curated weekend of films from the early days of the Soviet Union when artists and filmmakers such as Eisenstein, Pudovkin and Medvedkin envisaged a bright new future.

When does The Return of Memory take place at Home?

A Revolution Betrayed? runs at Home Manchester from 21 October until 25 November.