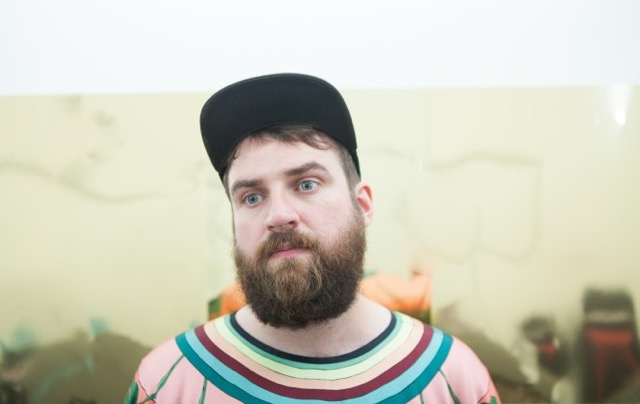 Following the September release of his latest album Future Echoes, Pictish Trail (aka Johnny Lynch) brings the album to Gullivers.

Released through Johnny’s own Lost Map Records, Future Echoes picks up where his 2008 debut Secret Soundz Vol 1 and 2013 follow-up Secret Soundz Vol 2 left off, garnering rave reviews from the likes of Mojo, The Guardian and Q.

Something of a sonic hermit, Pictish Trail has spent large parts of the past few years tucked away in his caravan on the Hebridean isle of Eigg, feverishly working on the album.  Written in remote seclusion but recorded in the bustling heart of London, it reunites Pictish Trail with Adem Ilhan, who produces the majority of the record. Johnny and Adem previously wrote music together in 2010 under the name Silver Columns, releasing the hugely well received album Yes And Dance via London taste-makers Moshi Moshi. Future Echoes features additional production and mixing from Rob Jones (Sweet Baboo, Slow Club) and drumming from Alex Thomas (Fridge, Squarepusher, Air, Bat For Lashes) and was mastered by Guy Davie at Electric Mastering.

Throughout his career Pictish Trail has resolutely furrowed his own path, steadily creating a unique catalogue of recordings and performances through his own labels (Lost Map / Fence Records), doing everything possible to avoid predictability whilst at the same time penning infectious, melody driven music, touching upon mortality, the death of friendships and finality.