In Review: False Advertising and Elevant at Gullivers 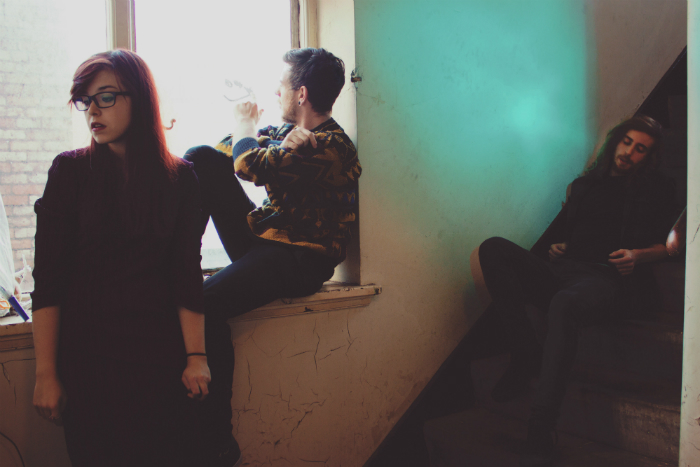 Having caught False Advertising performing at the Deaf Institute before Christmas, it’s fair to say that I expected a high quality performance.  It’s also fair to say that they delivered just that.

Gullivers may be smaller as a venue and the crowd a couple of hundred lighter, but False Advertising still pack a punch.  And they take the opportunity to try out some new material amongst some of the material from their self-titled debut album.

Amongst the new songs they are performing is Alopecia, their excellent new single.  It gets off them off to a fast paced start and goes down well with the crowd.

They have opened with Jen Hingley on guitar and vocals, Chris Warr on drums and Josh Sellers on bass.  That will change as the set progresses and indeed does after just two tracks.  With Chris Warr now on vocals and guitar and Jen Hingley now on drums they show their versatility, the change simply highlighting the talent which the trio have.

Another new track Brainless, from their upcoming EP also receives an outing.  Featuring Chris on vocals, it has a slower, more deliberate opening and plays off a moody, atmospheric feel against some beautiful soaring moments, with Jen also adding vocals whilst behind the drums.

They up the tempo again and Jen is back on vocals.  The grungy, highly energetic, Wasted Away is the highlight of the set.  It’s fast paced and features an excellent guitar opening, symbolising everything which is great about one of Manchester’s best up and coming bands.

Once Elevant take to the stage, they are also off to a lively opening.  Singer/guitarist Michael Edward is a live-wire, moving all over the stage, jumping, twisting, turning – at one point he is on his back still playing guitar.

There’s a wealth of genres and influences which can be found in their music.  They are guitar heavy but melodic and that helps to hold interest.  There are elements of psych, classic rock, grunge and heavy rock all permeating through the set.  Home is Dead features an opening which is particularly reminiscent of 70s Aerosmith.

Frontman Michael Edward comes across as equal parts musician and showman.  In fact prior to the excellent track Damage he declares “I need my screwdriver”.  He promptly uses the driver to full effect creating some stunning guitar effects.  It would be easy to be distracted by the showmanship, but wrong to ignore the outstanding musicianship which is clearly there.