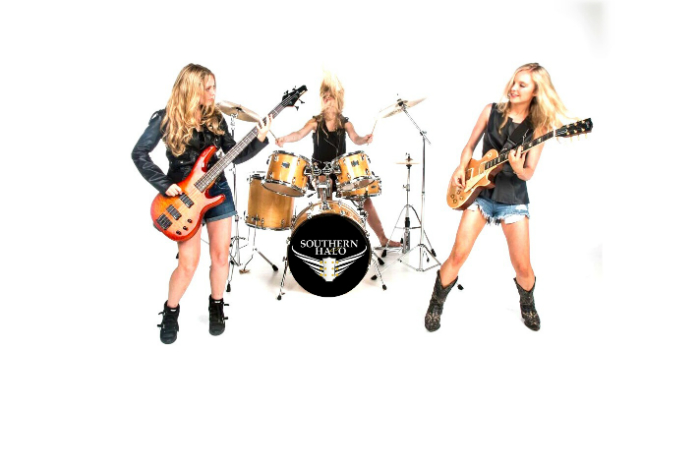 Having made their live debut when Hannah Morris, the youngest of the three sisters who make up Southern Halo, was just nine years old, it’s fair to say that the band already has a wealth of experience behind them.

Natalia, Christina and Hannah Morris have come a long way since that first live performance in Cleveland – at a local restaurant.  They have crafted a signature sound that is a blend of classic Country and ‘Pop Country’ with a dash of Southern Rock. It’s youthful, energetic music – made immediately recognisable by the sweet sibling harmonies that have become Southern Halo’s trademark.  That country sound, blended in an area so rich in musical history, manifested in Southern Halo’s stunning self-titled debut album. 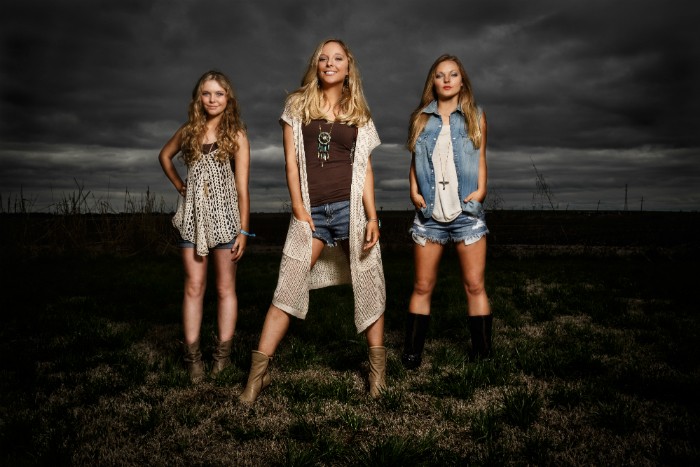 The stars aligned for the three sisters in 2014 when Southern Halo made the National finals of the Texaco Country Showdown at Nashville’s historic Ryman Auditorium and recorded their first EP with Alabama’s Jeff Cook. Their current album, was produced by SESAC’s 2012 Writer of the Year Catt Gravitt (Kelly Clarkson, Jake Owen) and Gerald O’Brien (Martina McBride, Trace Adkins).

With the release of Southern Halo, the band’s career took off – and the trio’s popularity continues to grow exponentially. Last year they made their CMA Music Festival debut with appearances on two separate stages; were named Nashville Universe’s Vocal Group of the Year 2016; performed at an elite pre-Grammy Awards show on the rooftop terrace of the Grammy Museum at LA Live in Los Angeles; launched Townsquare Media’s ’Say It With Pepsi’ Concert Series; and performed during the 63rd Annual Nashville Christmas Parade television show. Brand partnerships were forged with Gibson Guitar, Claire’s, and Radio Disney Country, and the siblings now host a weekly radio show, ’Hangin’ With Halo’, stateside on powerhouse WDMS-FM and globally on CMR Nashville. Their music videos can be seen on Radio Country Disney, CMT, MTV and The Country Network.

The band’s hypnotically-upbeat Country radio debut, Little White Dress, caught the attention of U.S. radio and press and gained them early recognition in Europe with the track spending an incredible eight weeks at #1 on the International Hotdisc Chart. Their sophomore single, Rewind, was a U.S. Top 40 MusicRow CountryBreakout Chart hit that also held the #1 spot on the Hotdisc Chart for two weeks.