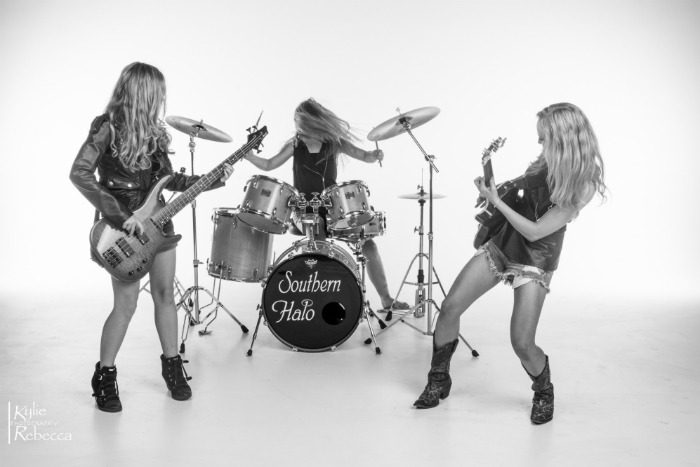 Southern Halo
Monday 20 March – Gullivers
The sister trio of Natalia, Christina and Hannah Morris come to Manchester on their debut UK tour in support of their self-titled debut album. After a huge 2016 which saw them picking up awards, performing at an elite pre-Grammy Awards show on the rooftop terrace of the Grammy Museum they bring the momentum into 2017 with the release of their latest single Living Like That which has just been released.

Hurray for the Riff Raff
Tuesday 21 March – Gorilla
Rock ‘n’ roll meets roots, country and blues for Hurray for the Riff Raff’s latest album The Navigator, named after Alynda Segarra’s self-styled creative vessel.  But it goes further, drawing on percussionists to play everything from Cuban to Puerto Rican and Brazilian backing beats to lay down the flavour of the album

We Are The Ocean
Thursday 23 March – Sound Control
We Are The Ocean play one of their latest UK headline shows as part of their farewell tour.  The four-piece rockers disband after releasing four albums during their near ten year tenure.

Sarah Whatmore
Thursday 23 March – The Whiskey Jar
Former Pop Idol star Sarah Whatmore returns to the music world with the release of her new five-track EP Full Circle (due out on Friday), which she promises will be full of the feel good factor.  Early performances of acoustic versions of the tracks indicate that this will be an excellent release.

Austra
Friday 24 March – Deaf Institute
Toronto electronic band Austra released their third studio album Future Politics in January 2017, the follow up to 2013’s Olympia.  It takes part inspiration from being written in Mexico City with Latin American dance beats finding their way in to the mix, but still retains the synths and grandiose which have become a feature of their music.