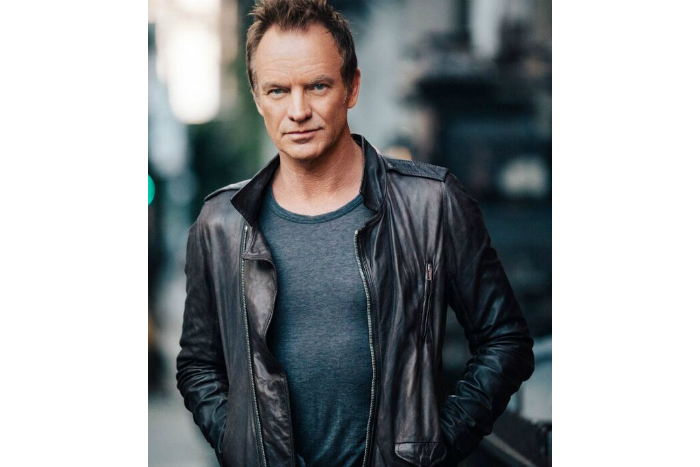 As one of only three UK shows, Sting performs at Manchester’s O2 Apollo on 7 April in celebration of his twelfth solo studio album 57TH & 9TH which was released in November 2016.  The album, produced by Martin Kierszenbaum, takes its title from the Manhattan crossroads en route to the studios in Hell’s Kitchen where the recordings were done over a three week period this summer.  The album was recorded with long-time collaborators Dominic Miller (guitar) and Vinnie Colaiuta (drums), with contributions from drummer Josh Freese (Nine Inch Nails, Guns n’ Roses), guitarist Lyle Workman and the San Antonio-based Tex-Mex band The Last Bandoleros, at Avatar and Sear Sound Studios in New York City.

“It happened very quickly, very spontaneously” Sting said. “It’s about searching and travelling, the road, that pull of the unknown.”

The album spawned the single 50,000.  The song explores the theme of mortality, in response to the death of a number of music and cultural icons in 2016, leading Sting to comment “50,000 was really a response to the passing of a lot of cultural icons this year. Prince, David Bowie, Glenn Frey, Lemmy, as well as Alan Rickman. It’s really about how surprised we all are when one of our icons passes away because we’ve invested them with immortality, in a way… So when they die, it really brings our own mortality into sharp focus”.