In Review: Tom Robinson at the RNCM 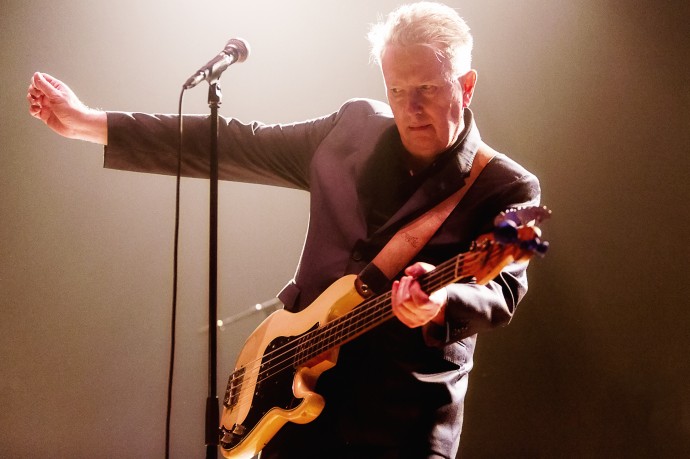 On what marks Tom Robinson’s first full band tour of the century (!) you could forgive him for being a little rusty, but there was no need.  Proving that age old adage that class is permanent he quickly and easily his rhythm to put on a silky smooth performance.

The evening starts with a simple question after Tom Robinson come on to the stage  – “Does anybody remember the Winter of ’79?”.  The response is an overwhelming yes from the quite mixed crowd, many of whom confess to having never seen him perform before.    It’s a powerful opening, which sets the tone for the rest of the evening and is greeted with cheers at the end.

There’s plenty of variety in the set from the BBC6 Radio Presenter.  He slows things down with Too Good To Be True, slips things up a gear with the upbeat Cry Out from his latest album which is as equally well received as his older material and tames things down again for Don’t Jump Don’t Fall, a single he released in aid of CALM and the hit War Baby.

The evening has a strongly intimate feel, more akin to ‘an evening with …’ than a gig.  Tom Robinson takes the time to introduce almost each and every song, although Martin needs no introduction.  He talks of his time on the road, his time living in Germany, his radio career and interjects numerous humerous anecdotes in to proceedings.  He is incredibly charming and funny throughout, even joking that his age he now needs to take a break halfway through the evening (and promptly does after some humorous merchandise promotion which brings many laughs).

The second half starts with the most intimate and acoustic moment imaginable.  He perches on the edge of the stage completely unplugged – no mikes, no amps, just Tom Robinson and his violinist as he sings Home in the Morning.  It is incredibly well received by the audience.

There is as much variety in the second set as the first – Merciful God has a heavier upbeat feel with just a hint of blues, fans sing along to the particularly well received Glad To Be Gay.  The humour is also evident, although there is also more of a political feel to this set – he references the banking crisis in Risky Business and talks of government cuts, inequality and threats to BBC Radio 6.

The fans dance and sing along throughout and when he starts 2-4-6-8 there is a huge cheer.  He takes the opportunity to introduce the band whilst the vamp away before feigning an exit and performing a double encore of Power in the Darkness and a trimmed back version of Only The Now, a mellow delight feature just guitar and keys.

As the crowd leave, there are smiles all round – a winning combination of strong songs, good performance from Tom Robinson himself and his band (filled with local instrumentalists), excellent humour and a most intimate of sets has made for a very pleased crowd and shown that Tom Robinson is more than a match for most.