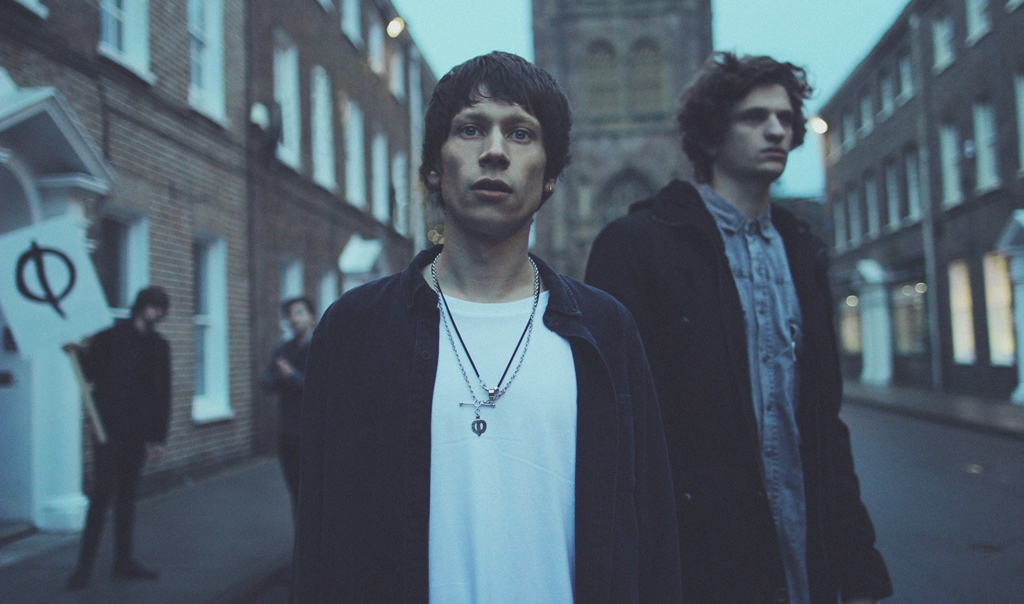 Following their explosive You Are, You Are and Whoever singles, and subsequent sold out tours, rising quartet October Drift are set to self-release their new 7”, Robots, on 13 November.

As shotgun snare rolls fall in under swathes of textural guitar-haze, Robots reaches heady, atmospheric climbs in moments. While lyrically, “It’s about pleasure, routine, nostalgia, addiction and the bittersweet bubble these things create”, the band detail. “It’s the short attention spans and disposable way of living translating through to music that lacks identity.”

Despite having repeatedly sold out both their debut headline tour earlier this year, a stint through the UK’s small venues in May, and wowing audiences at packed-out Tramlines and Dot2Dot festival appearances, October Drift assert themselves as an enigma in 2015. Continuing to shun social media, appearing clandestine behind ambiguous placards with mysterious balaclava-clad characters appearing through the cities they play, the band continue to communicate with their fans purely one-on-one.  And they are set to bring this mystique with them to Manchester’s Soup Kitchen for a performance on 13 November, the day Robots is released.

With mixing duties courtesy of Dan Cox of Urchin Studios (Thurston Moore, Three Trapped Tigers, Theme Park), the band take a DIY approach to their recording, tracking everything themselves in their own studio.