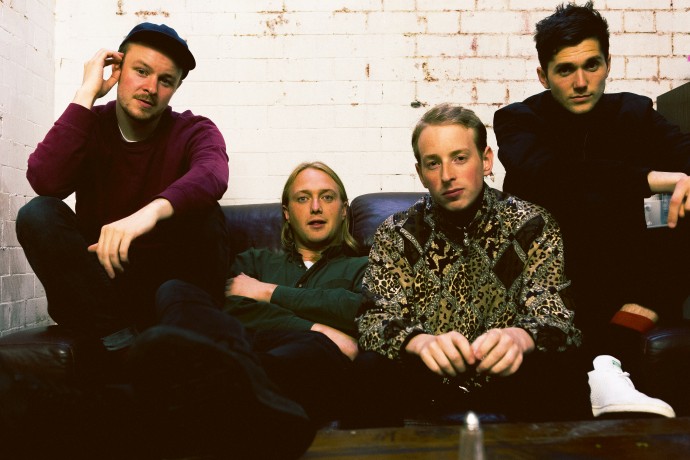 Low Island bring their latest run of UK tour dates to a close with a Manchester gig at the Deaf Institute.

After just two EPs, Oxford experimentalists Low Island have started to build a cult following as well as support from an eclectic collection of the UK’s leading tastemakers.  Now they have released their latest track The Lines, teasing their third EP.

Their tracks to date have enamoured many of radio’s new music champions, including Greg James (“The best thing we’ve played today”), Huw Stephens (“A special new band”), Phil Taggart (“One of my favourite new finds”), Lauren Laverne (“They’re showing so much promise”), Abbie McCarthy (“A brilliant band”), MistaJam and Tom Robinson. Their previous release ‘That Kind Of Love’ was playlisted by Radio 1 as BBC Introducing’s Track of the Week, while ‘Holding It Down’ climbed to #1 on the Amazing Radio chart.

‘The Lines’ is indicative of Low Island’s impossible-to-pigeonhole approach as skittering rhythms maintain a driving energy that counteracts its moody, minimalist synths and carefully enunciated vocal topline. Despite a pop-like immediacy, there’s a touch of the avant-garde about it too, with spoken word buried deep within the mix and enigmatic lyrics which lend themselves to personal interpretation.

“There have always been people who want to define the world with dividing lines,” says the band’s co-vocalist and multi-instrumentalist Jamie.

“The song is from the perspective of these people, who feel threatened by those on the other side of the line. If you listen very carefully in the middle of the song, you might hear their voices.”

Where and when do Low Island perform in Manchester?