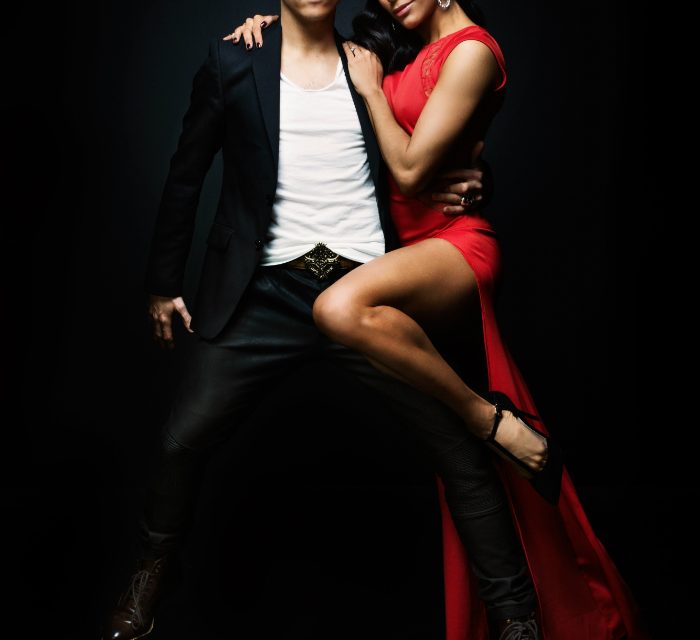 It’s been tearing up dance floors all over the country and now Flash Mob is arriving at the Lowry Theatre for two nights, produced by World Dance Management. Having started out at the Edinburgh Fringe and receiving critical acclaim, it was only a matter of time before it really took off … and indeed it did, with a residency in London’s West End and a show which literally received a standing ovation every night.

With an outstanding cast of dance crews and individuals from some of television’s leading dance shows, this promises to be an incredible feast. Leading the way are Kevin Clifton (from Grimsby! … please forgive the nod to Brucie! who partnered Susanna Reid) and Karen Hauer (who last season partnered Hairy Biker Dave Myers). Both wowed in Strictly Come Dancing, showing their exceptional world class skills.

Also featured are Flawless (Britains Got Talent), Olivier nominated Tommy Franzen (So You Think You Can Dance), Alleviate and Brosena (Got To Dance).

The show is sure to thrill existing dance fans and newcomers, who will get to sample numerous styles including Latin, contemporary, street and Salsa amongst others. It really will be a flash mob of different styles, colliding on stage to create (if the critics and reviews so far have been correct) a wonderful fusion of dance, certain to have audience members bobbing up and down, unable to keep their feet from tapping.

The cast is made up of undoubtedly talented individuals and groups, so what do we know about them all?

Karen Hauer:
She may be best known to millions for her outstanding turn in Strictly Come Dancing, but Venezuela born (New York raised) Karen has far more to her CV. After training in dance and being exposed to all sorts of dance influences (jazz, latin, ballet and comtemporary) she was crowned the 2008 World Mambo Champion and then reached the final six girls of the American version of So You Think You Can Dance in 2009. She then hit Broadway as a principal dancer in Burn The Floor which lead to a world tour before performances on Dancing With The Stars and becoming a regular on BBC1’s Strictly Come Dancing.

Kevin Clifton:
A newcomer to Strictly in 2013, Kevin Clifton quicky became a household name. He is a former Youth World Number One and four times British Latin Champion who has trained in ballroom and Latin. If ever somebody was born to dance it was Kevin whose parents, Keith and Judy Clifton, are former World Champions. International Open titles in Italy, Germany, Spain, Japan and more followed along with his musical theatre debut in Dirty Dancing The Musical at the Aldwych Theatre in London’s West End and touring the world with Burn The Floor alongside Karen Hauer.

Flawless:
World Dance Champions, Flawless, are street dance sensations, winning domestic awards and international dance championships. But that’s only half the tale, as the group has gone on to become one of the most popular dance crews in the UK, with a 110 date national tour playing to sell out audiences, collaborations with the English National Ballet in “Against Time” and even performing for HM The Queen at Buckingham Palace.

Tommy Franzen:
One of the most highly regarded dancers in the industry, Tommy Franzen was nominated for a Laurence Olivier Award for Outstanding Male performance in 2012, before a nomination followed for the Times South Bank Sky Arts Breakthrough Award in 2013, the year of his outstanding performances in Goldberg (Royal Opera House) and Blaze (Sadlers Wells Peacock Theatre). 2013 was indeed a good year for Tommy as he scooped the Outstanding Male Performance award at The Critic Circle’s National Dance Awards. The Swedish dancer grew up with a particular interest in Streetdance before broadening his interests and taking on difference genres, which lead to his first professional role at the age of only 14.

Alleviate:
Alleviate have performed previously on Flash Mob to tremendous acclaim. The duo were runners-up in the 2011 series of Got To Dance and went on to perform for HM The Queen at Buckingham Palace and dance around the world. The duo, Nicolette and Renako, have trained in contemporary , ballet, jazz, commercial, fusion and street-dance and each hold a degree in dance.

Brosena:
Award winning couple Tom Brosnan and Erin Trevena take Irish dance to the next level. Fresh from a world tour with the show Heartbeat of Home, they are returning to Flash Mob for the second time. They are each outstanding dancers in their own right, and have toured extensively, with Tom performing in over fifteen countries and being named Irish Dance Magazine Man of the Year 2013; and Australian Erin winning the Irish Dance National Championships a remarkable five times, making her one of the most successful and renowned Irish dancers ever in Australia.

So there you have it. It’s certain to be an incredibly entertaining, energetic and ‘wow inducing’ performance, fusing all elements of dance and leaving the audience gasping and amazed.

Oh, and Karen – if you need a stand in partner, I’ll have my dance shoes with me!

Flash Mob will be performed at the Lowry Theatre on Wednesday 11th and Thursday 12th June 2014. Tickets £28.