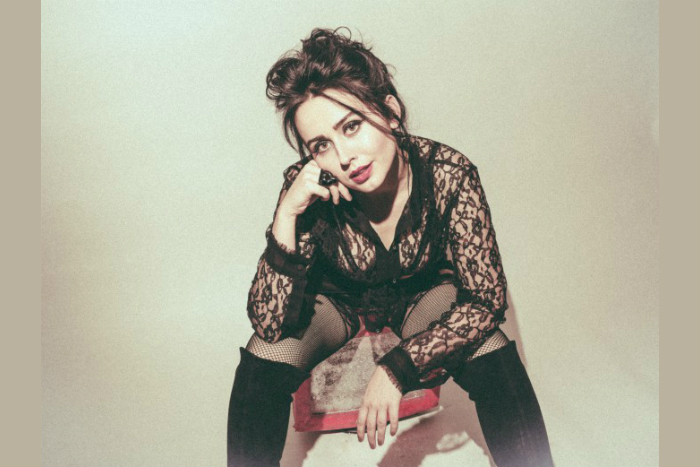 US ‘Dirty Pop’ artist Fiona Grey has revealed the video for her latest single Money ahead of a run of UK dates including Manchester’s Whiskey Jar.

Grey and her director Chase R McCurdy filmed the video in the infamous “Le Smoking” alley in Paris, drawing inspiration from fashion photographer Helmut Newton.  The location was where Newton styled and photographed the statement-making Yves Saint Laurent tuxedo in 1975.

Fiona Grey is a twenty-two year old composer and songwriter based in Los Angeles, by way of Chicago. With a background in musical theater performance, and influences including David Bowie, Debbie Harry and Missing Persons, Grey pushes the boundaries of traditional pop music through her edgy songs and energetic live performances.

To date, Grey has released two EPs, including Striped Heart and Belladonna. The latter featured the acclaimed singles Beauty Queen and What You Want, which was featured on The Wild Honey Pie.  The song was also placed on a promo spot for television’s Younger, starring Hillary Duff and Sutton Foster.

Money will feature on Fiona Grey’s upcoming EP which is due out later this year.  The EP has been produced by Mike Schuppan (M83, Paramore, Jimmy Eat World, Ziggy Marley). The record, according to Grey, will examine our culture’s widespread infatuation with pop culture and obsession with love.

Where and when does Fiona Grey play in Manchester?