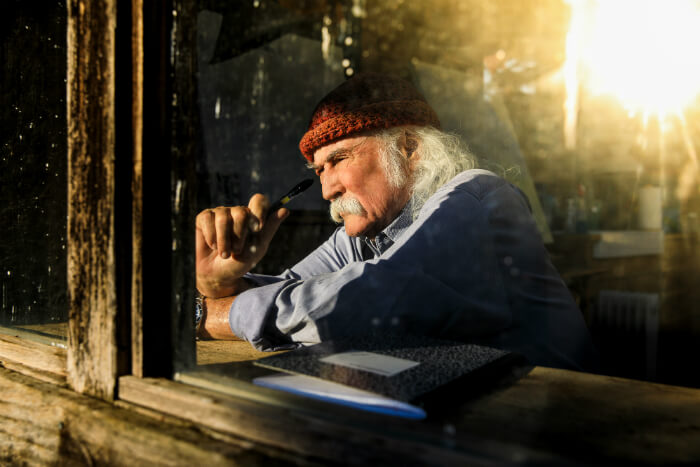 Sky Trails, which was released in 2017 via BMG, and now the legendary American singer, songwriter and guitarist returns for shows in Manchester and London.  Having performed in the UK with Stills & Nash in 2015, these shows will be the first time for many years that the two – time Rock and Roll Hall of Famer will play solo headline shows.

Speaking about the upcoming tour David says “I’ve always loved playing in the UK since the first time back in the ‘60s with the Byrds and I can’t wait to come over in September with the Sky Trails Band.”

The show promises a mix of hits from The Byrds, Crosby Stills & Nash and CPR as well as his solo material.

Now into his career’s 6th decade, David remains as engaged and energized as ever, with no end in sight. The creative floodgates that opened a few years ago continue to flow and Crosby delights that the songs are still pouring forth. He doesn’t think too hard about why the muse has alighted upon him at this late stage in his career, but offers up that perhaps once CSN ended, “there was a lot of pent-up creative juice. It’s as if I’d been in a dark room and someone turned on the lights,” he says. “I don’t want to take it for granted, but it’s been absolutely amazing.”

When does David Crosby perform at Manchester’s Palace Theatre?