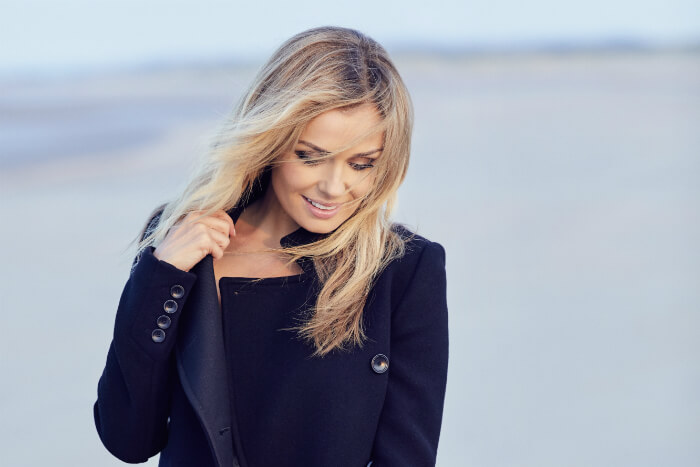 The announcement comes as she reveals the release of her new album Guiding Light on 30 November.

For Katherine, the new album represents the culmination of a deeply emotional journey which began when her beloved father, Selwyn, died and found a new path when she became a mother. It is an album which speaks of life, hope, acceptance and a universal spirituality, and for Katherine there is a sense of a greater purpose to her performance.

The album includes 15 brand new tracks featuring Katherine’s personal favourites new and old; from the time honoured ‘Make Me a Channel of Your Peace’ and ‘Morning Has Broken’ to covers of Stormzy’s ‘Blinded By Your Grace’ and ‘Never Enough’ from The Greatest Showman, alongside original material including ‘Xander’s Song, written for the newest addition to her family, her son born earlier this year.

Speaking about the album, Katherine commented, “I have a life now I don’t think I ever expected to have,” Jenkins says. “I am very happy, very blessed and I feel incredibly grateful. I feel whole new layers of emotion which have really taken me by surprise and made me feel like I have found myself, found my true voice.  My voice has changed. This album is the most intimate album I have ever made. It’s a mindful collections of songs. I’m not trying to prove anything, I’m not trying to show how many notes I can hit, I just want to take people to a place of emotion and reflection – to touch hearts and souls.”

When does Katherine Jenkins perform at Manchester’s Bridgewater Hall?

When do tickets for Katherine Jenkins at the Bridgewater Hall Manchester go on sale?

Tickets for Katherine Jenkins performing at Manchester’s Bridgewater Hall go on sale at 10am on 7 September 2018.  A fan pre-sale opens at 10am on 5 September.