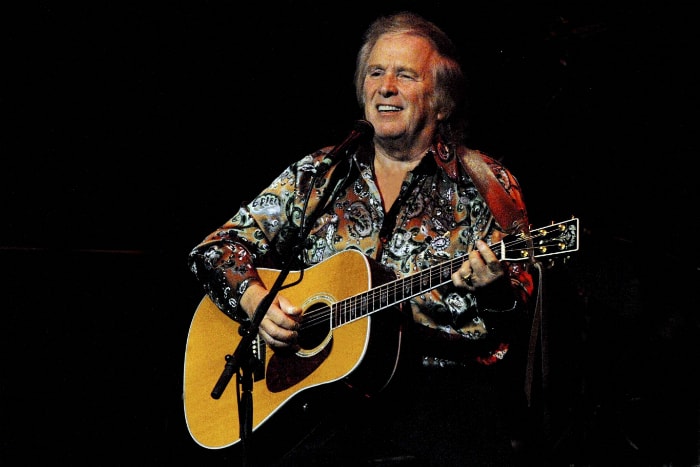 After releasing his latest album Botanical Gardens in March, American songwriter and performer Don MacLean is set to perform at Manchester’s Bridgewater Hall.  The show comes amidst a 14-date UK tour with support from Nashville’s Jarrod Dickenson.

Botanical Gardens marks McLean’s 19th studio album and his first in eight years.  He explains the reflective feel behind the album, “The inspiration for the project started years ago when I would walk in the beautiful gardens in Sydney Australia near the Opera House. I would dream young dreams and it was a comfort and an inspiration. I was always young inside, like we all are, and I felt it again there.”

Don MacLean has been a staple on the music Americana music scene for nearly fifty years.  His music has been performed by artists as diverse as Elvis Presley, Madonna, Fred Astaire, Chet Atkins, Weird Al Yankovick, Ed Sheeran and even Coolio.  His biggest hit, America Pie, was inducted into the Grammy Hall of Fame in 2003.

MacLean is joined on tour by Nashville based Texas born musician Jarrod Dickenson who returns to the UK follow previous successful tours including a Manchester gig at the Deaf Institute.

Storytelling is something of a Texas tradition. Tall hats and even taller tales are woven into the fabric of The Lone Star State, and singer-songwriter, Jarrod Dickenson can spin a yarn with the best of them. Hailing from Waco, Jarrod spends most of his time on the road bringing his own particular brand of soulful Americana to a wide variety of music loving audiences around the globe.​

When asked about going on tour with Don, Jarrod commented, “I was humbled and honoured to be invited to open for the legendary Don McLean once again. His contribution to popular music and the craft of song writing can’t be overstated, and to be able to watch a master at work every night for 32 nights, is an opportunity like no other.  I’m excited to sing my songs to these music-loving audiences in some of the most stunning rooms across the UK and Ireland and will be trying to learn as much as I can from Don and his incredible band in the process. It’s going to be a fun ride.”

When do Don MacLean and Jarrod Dickenson perform at Manchester’s Bridgewater Hall?