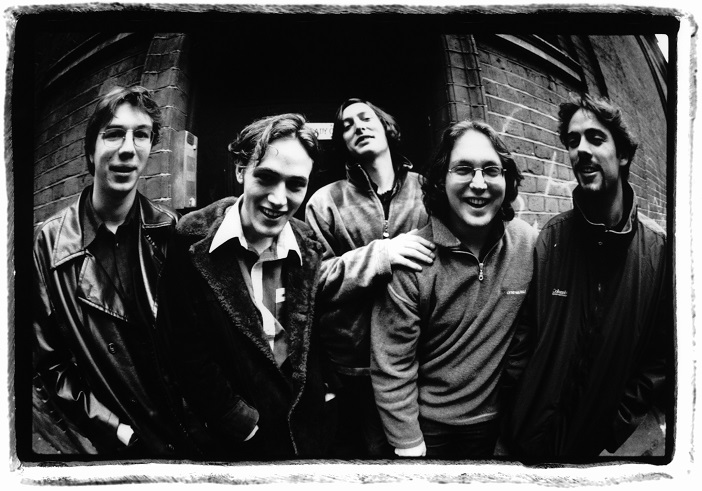 Gomez will release a 20th anniversary edition of their Mercury Music Prize winning debut album Bring It On ahead of a run of dates including a Manchester gig at the Albert Hall.

The album will be re-mastered and reissued as a super-deluxe 4CD offering with an accompanying remastered double LP release.  The package contains the original classic album remastered by Frank Arkwright at Abbey Road studios as well as 46 previously unreleased tracks including 25 demos which were recorded between January 1996 and August 1997 (13 of which are appearing on an official Gomez release for the fist time).

The band will also be playing the album in its entirety on their forthcoming UK and Ireland tour which includes a Manchester gig at the Albert Hall.

The basis of the album was seven tracks recorded on an ancient four-track recorder. The band’s label, Hut, had to use the home recordings – for practical reasons. “They couldn’t recreate those recordings because they’d done them in one of their dad’s garages on the four-track, and just after they’d finished doing the last one the thing broke,” says Hut’s David Boyd. “So we decided it needed a little bit of mixing and embellishment, but not a lot, and they trotted off to Liverpool to do the touch-ups, but to all intents and purposes that was Bring It On.”

In Liverpool, engineer Ken Nelson awaited them, and helped them turn those seven tracks into a whole album. “They’d have an idea and would look to me to make it work,” Nelson says. “Their home-learned skills transferred well to the studio and I believe we learned so much from each other. I’d never worked with a band who were so creative before: it was truly exciting for me.”

Bring It On went on to win 1998’s Mercury Music Prize, beating Pulp, Massive Attack, Cornershop and The Verve, the judges describing the album as “an intriguing blend of swamp blues, bar-room rock and eerie power”.

The super deluxe 4 CD collection is due for release on 20th April 2018 via UMC.

When and when do Gomez perform in Manchester?

Gomez are set to headlined the Albert Hall Manchester on 1 May 2018.