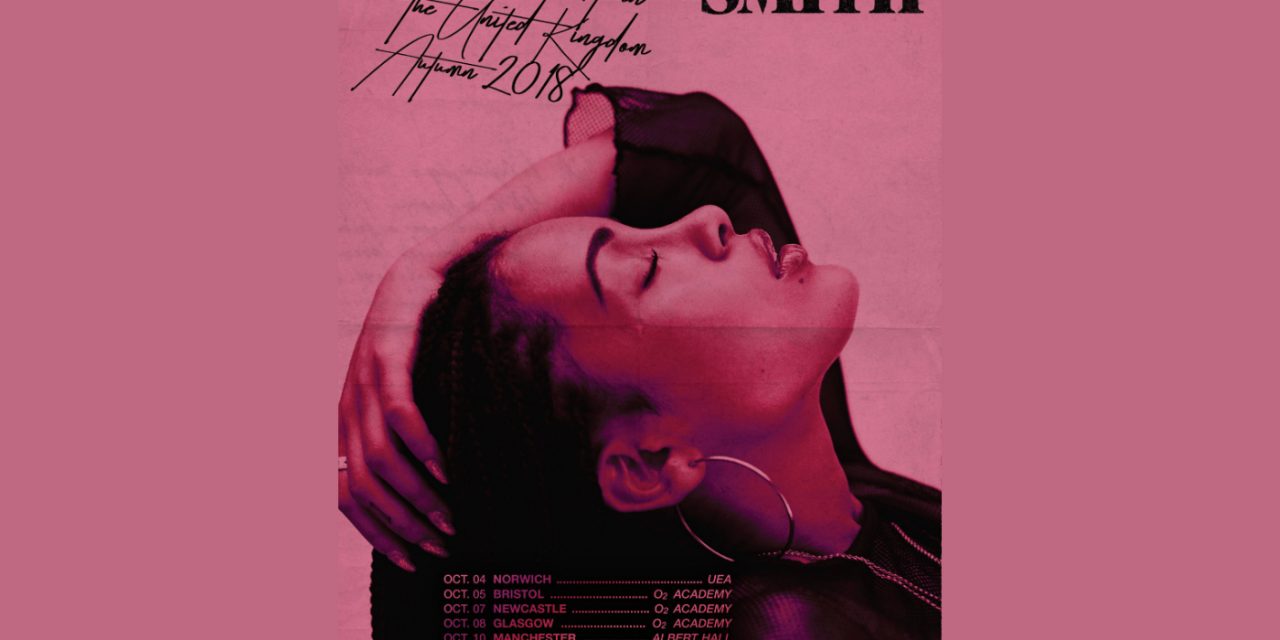 2018 Brits Critics Choice award winner Jorja Smith has announced a run of UK tour dates for October 2018, including a Manchester gig at the Albert Hall.  The eight headline dates mark her biggest tour to date.

The tour follows her sold-out UK tour this month, which will finish next week with two headline shows at London’s prestigious 02 Shepherds Bush Empire. To date, the songstress has received glowing live reviews across the board, cementing her as one of the most exciting artists to see live this year.

The new year was kickstarted in spectacular form with Jorja Smith’s new single Let Me Down.  Jorja, who also recently supported mega-star Bruno Mars on the US-leg of his world tour, has previously shared collaborations with global lyricist Drake (‘More Life’) and Colombian songstress Kali Uchis (‘Tyrant’), is now ready to unleash even more of her solo-material on the world.

Since the release of her debut single Blue Lights back in January 2016, Jorja has had an incredible 24 months, and is gearing up for a fantastic 2018, which includes a debut appearance at US festival Coachella and a second US tour.

Where and when does Jorja Smith headline in Manchester?

When do tickets for Jorja Smith headlining at Manchester’s Albert Hall go on sale?

Tickets for Jorja Smith’s Manchester gig at the Albert Hall go on sale at 10am on Friday 16 February.