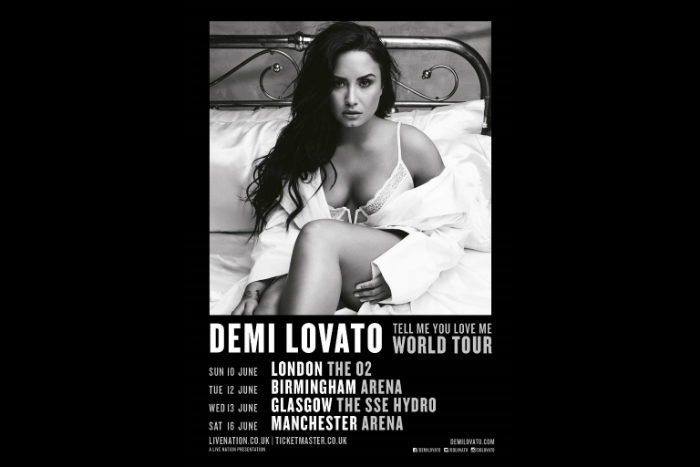 In July 2017, Lovato released the first single Sorry Not Sorry off her album which instantly flew into the Top 5 on the iTunes Charts and is now certified double-platinum.  The hit has garnered over 500 million streams, climbed to number 1 on the viral charts, and has over 290 million views for its house party video. Lovato’s sixth studio album Tell Me You Love Me debuted at number 1 on iTunes in 37 countries.

Where and when does Demi Lovato headline in Manchester?

Demi Lovato headlines at Manchester Arena on 16 June 2018.  The Manchester gig is one of four UK arena shows she has announced:

When do tickets for Devi Lovato’s at Manchester Arena go on sale?

Tickets for Demi Lovato’s Manchester gig at Manchester Arena go on general sale at 9am on Friday 16 February.  A pre-sale exists for fans who pre-ordered Tell Me You Love Me.