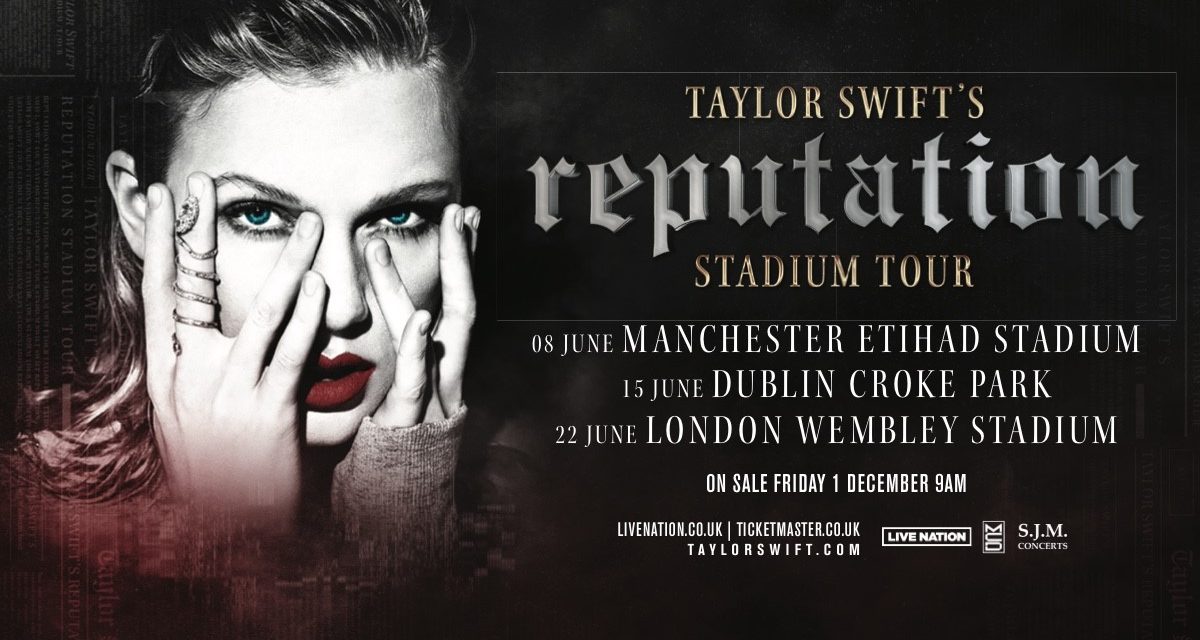 Taylor Swift has announced three UK and Ireland dates including a Manchester gig at the Etihad Stadium in June 2018.

Fresh from the release of her massive number one album Reputation, the ten-time Grammy award winner has announced her first UK dates in two years.

Taylor Swift’s critically acclaimed sixth studio album, reputation, topped iTunes album charts in 111 countries and debuted at no.1 on the both the Official UK Albums Charts and the Billboard 200 album chart. Selling over 1.29 million copies in the U.S. week of release, it is the highest selling album there this year. Taylor is the only artist in history to have four albums selling over one million copies in their first week of release in the U.S.

Taylor Swift’s chart-topping first single, “Look What You Made Me Do,” from her sixth album, reputation, broke multiple records within hours of its release. With over 10 million streams, it is the most-streamed song in a one-day period ever, the lyric video for “Look What You Made Me Do” broke the standing record with over 19 million views, while the music video shattered the original most viewed video (28 million) record with 43.2 million views in only 24 hours.

Where and when does Taylor Swift perform in Manchester?

When do tickets for Taylor Swift performing at Manchester’s Etihad Stadium go on sale?

Tickets for Taylor Swift’s Manchester gig at the Etihad Stadium go on sale on 1 December 2017.  A presale takes place on Wednesday 29 November.