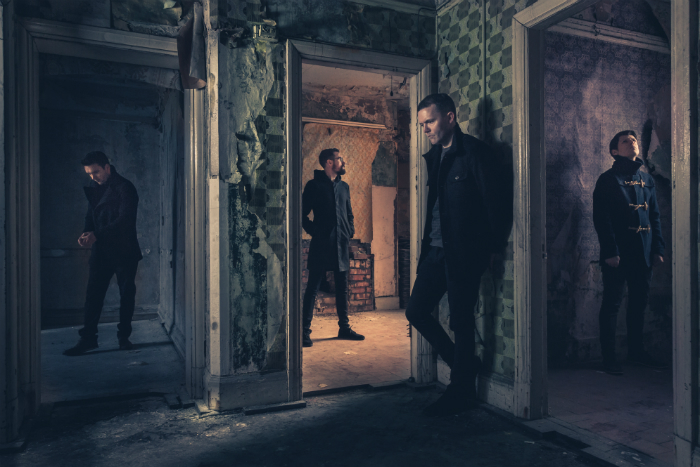 The Slow Readers Club have revealed the video for their new single Lunatic ahead of a Manchester gig at the Albert Hall.

The tense and claustrophobic video was filmed in the abandoned London Road Fire Station in Manchester city centre and directed by visual collaborator Chris Croft.

The Manchester four piece’s track was produced by Phil Bullyment, who produced the bands acclaimed work Cavalcade and has also worked with Mancunian contemporaries Dutch Uncles.

Speaking about the video, and the inspirations behind it, Croft commented, “For years I’ve been haunted by the feeling I had when visiting the isolation cell of Robert Stroud, the infamous ‘Birdman of Alcatraz’. Stroud was kept in a small stone room at the prison for 6 years, imagine spending that amount of time cut-off from everyone? I’ve never felt anything like it, and as a film-maker I’ve looked for ways to channel that feeling, its claustrophobia and intensity into my work.”

Always self-funded and with no more than word of mouth and their repertoire at their disposal, the band have spellbound arena audiences whilst touring with James and festival masses at the likes of Isle Of Wight, Festival No6 and Kendal Calling. Amongst their fans, the band count Jim and Saul from James, Peter Hook, Clint Boon, Steve Lamacq, Chris Hawkins and Eddie Temple Morris.

The Slow Readers Club reveal the new video as they prepared to set out on a tour which includes some of their biggest headline shows to date, including Manchester’s Albert Hall.

Where and when do The Slow Readers Club headline in Manchester?