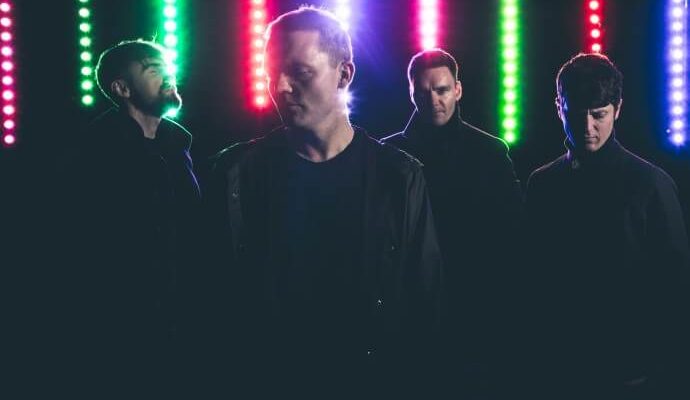 Manchester four-piece The Slow Readers Club will perform their new acoustic EP, For All Here To Observe, in full at Manchester Food and Drink Festival 2018.

The EP has been released today to coincide with their headline slot at Head For The Hills festival tonight and ahead of their headline tour this winter.

In an exclusive set The Slow Readers Club will perform their For All Here To Observe EP live and in-full at Manchester Food and Drink Festival on Thursday 4 October.  Entrance to the event is free.

The EP comes ahead of their upcoming winter tour, which will sees The Slow Readers Club headline a hometown show at Manchester’s O2 Apollo, supported by PINS and Liines, as well as a huge gig at London’s Scala.  The band are touring in support of their new album Build A Tower, which was released in May this year and went straight into the Official UK album chart top 20 at number 18, 10 in the physical album chart, 4 in the vinyl chart, 4 in the indie album chart and number 1 in the cassette chart.

When do The Slow Readers Club, PINS and Liines perform at Manchester Apollo?

The Slow Readers Club, PINS and Liines perform at Manchester Apollo on 14 December 2018.

In Pictures: James Blunt and Ward Thomas at Manchester Arena