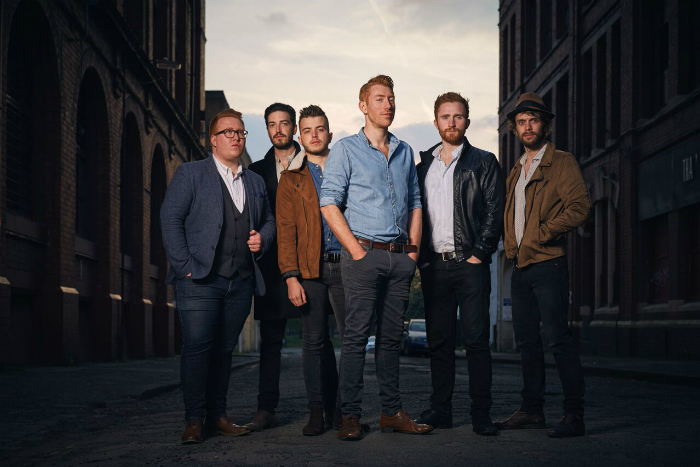 The band have honed a hugely enchanting blend of folk, swing, jazz, country, ragtime and bluegrass and throw in contemporary touches to boot.

CC Smugglers started out as ‘guerrilla buskers’, catching people unawares whilst queing for other gigs; commandeering underground trains and taking over escalators.  They got their big break by playing outside every UK tour date of the two-time Grammy Award-winning Old Crow Medicine Show. Not even a severed artery on his finger could stop frontman Richie Prynne – he delayed surgery to lead the six-piece on the audacious escapade. So impressed were the Old Crow Medicine Show with the band that they invited them to share their platform on the remaining dates.

Last summer saw the band selling out venues in their own right, and stealing the headlines at the Cornbury, Glastonbury and Camden Rocks Festivals, among others. They went on to play further afield at some of Europe’s biggest festivals including sharing the bill with Bruce Springsteen at the prestigious Werchter Festival in Belgium along with dates in The Netherlands, Germany, Czech Republic and more. 2017 started off with an appearance at the O2’s huge Country to Country (C2C) festival in London and a set at Eurosonic in The Netherlands, and they are confirmed for a run of festivals this summer including Cambridge Folk, Cropredy Festival, Montreaux Jazz and more.

“Six years ago I was a singer-songwriter, handing out CDRs with a photocopied sleeve,” recalls founder Richie Prynne. “Nowadays we’re a tight-knit team of good honest friends who truly love what we’re doing. Over the years we’ve developed an ethos and consequently a reputation for innovative self-promotion, original, creative compositions and dogged hard work; values learned in part from working our way up from street performers. It’s hard work that continues to pay off. The dream is nowhere near realised.”

Where and when do CC Smugglers headline in Manchester?