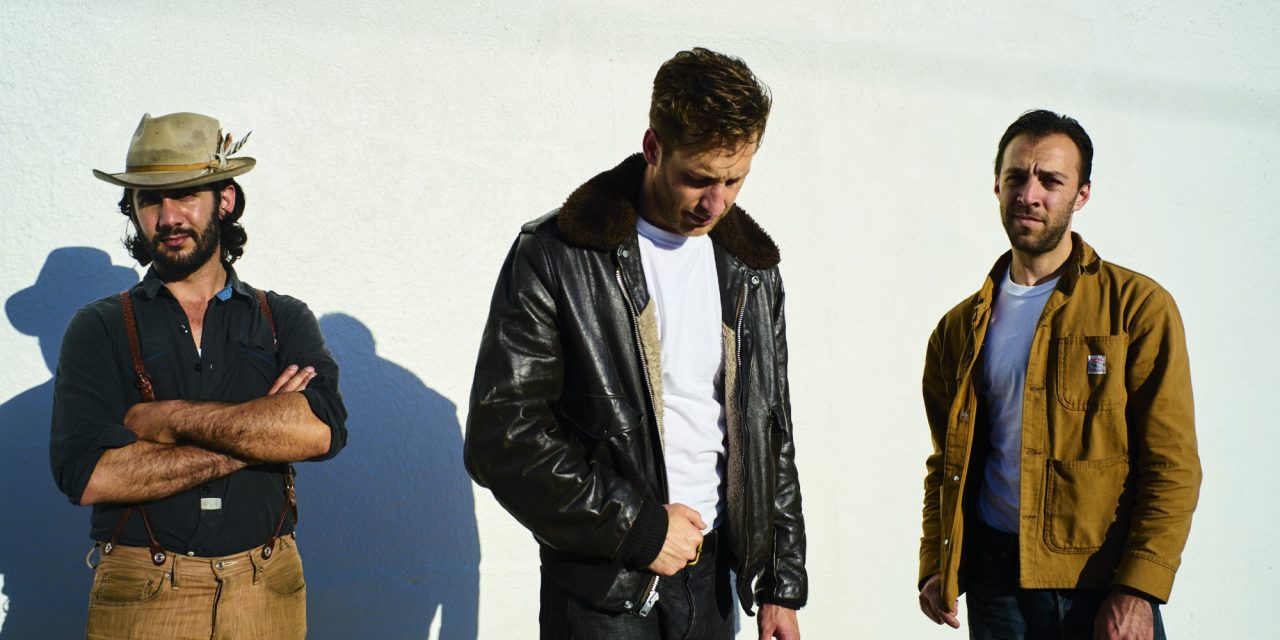 LA outfit The Americans are returning to Europe for the first time since releasing their debut album I’ll Be Yours with a Manchester gig at Gulliver’s.

The Manchester gig is one of three UK dates the band will play, with performances also scheduled for Bristol and London.

The Americans were borne out of a love of American roots music, bringing frontman and guitarist Patrick Ferris, bassist Jake Faulkner and lead guitarist Zac Sokolow together.

Having started out as a roots band enthralled by pre-war American country and blues, they have evolved into a blistering amalgamation of those influences, injected with a fiery blue collar rock’n’roll attitude, absorbing and reconfiguring the history of American music from Chuck Berry and Tom Waits to Bruce Springsteen. They named themselves after the controversial photo series by Robert Frank, which was first published in 1958 with a foreword by Jack Kerouac. Like Frank’s photos, The Americans’ songs are miniature biographies, intimate and empathic portraits of individuals that leave much unsaid.

The Americans were plucked from obscurity by Jack White, T Bone Burnett and Robert Redford to appear in the BBC/PBS documentary series American Epic, which aired earlier this year. Featuring artists such as Beck, Elton John, Nas, Willie Nelson, Alabama Shakes, The Avett Brothers and many more, the film reconstructs the story of the first American music in the 1920s and re-assembled the recording apparatus that was used at the time. As experts in early music, The Americans were invited in to figure out the equipment and make the first recordings. Once the sessions were underway, they functioned as the house band, backing up various artists and suggesting songs to the filmmakers.

Where and when do The Americans play in Manchester?

The Americans play at Manchester’s Gullivers on 7 November 2017.