In Review: Thomas Rhett at The Ritz 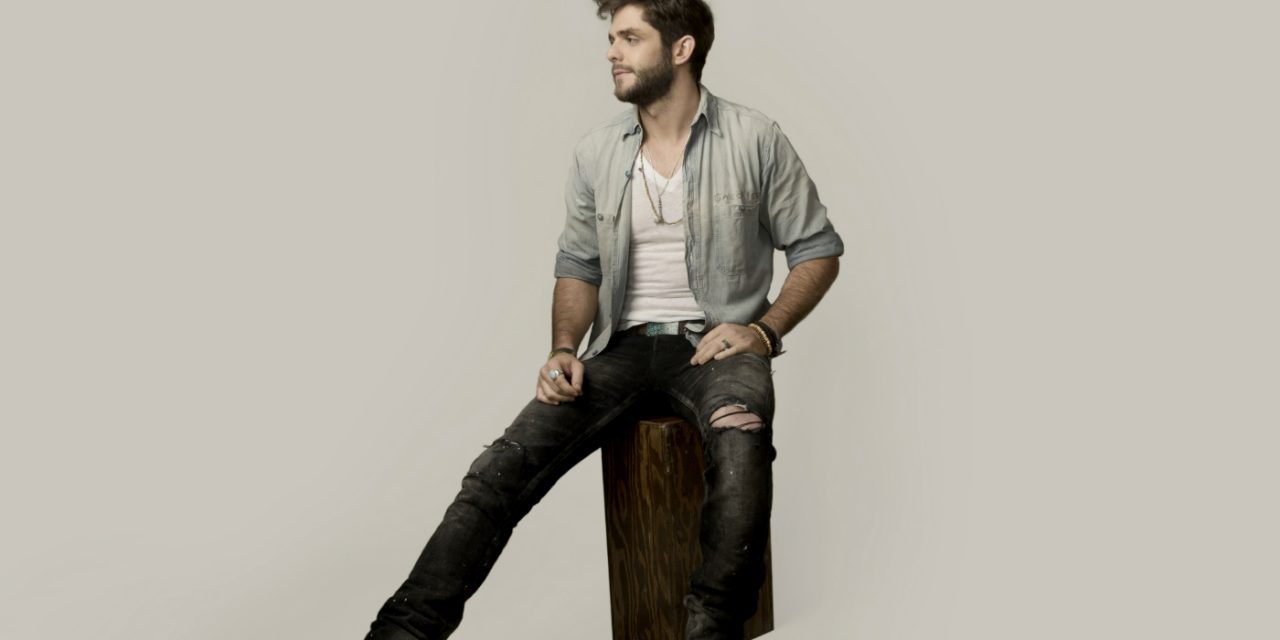 It’s been a big few weeks for Thomas Rhett.  After releasing the deluxe version of his hit album Tangled Up, he performed at the country music industry’s biggest event the CMA Awards singing Die A Happy Man, a song which scooped the Best Single award (it also happened to win Best Male Video at the CMT Awards just a few months earlier) and now he’s making his debut headline UK tour, stopping off at Manchester’s Ritz along the way.

Before Rhett comes on stage, it’s his father, Rhett Akins, who opens the evening.  It’s fair to say that he receives one of the strongest reactions to a ‘support act’ that has been witnessed at The Ritz for some time.  Performing a series of songs which he has written/co-written for other acts and artists as well as his own catalogue, the crowd sing along and cheer to pretty much every song.   He name-drops along the way and it’s quite the who’s who he has written for – Luke Bryan, Jason Aldean, Blake Shelton this list goes on.  But he’s far more than just a songwriter.  His performance is spot on – lyrically, musically and he’s as comfortable as anybody in front of the crowd which hang on his every word.

When Thomas Rhett comes on stage, things really kick up a gear.  The party atmosphere gets into full flow from the outset as he performs Anthem.  The energy is high which continues through the evening with the likes of Tangled (which he cleverly bridges into DNCE’s Cake By The Ocean), T-Shirt and Crash and Burn.

But there’s plenty of balance in the performance as upbeat country pop is mixed with ballads (a brief acoustic segment contrasts perfectly with the full band); his own material interspersed with covers of the likes of Garth Brooks.

As he sings, laughs and jokes through the set the sold out Ritz crowd are in the palm of his hand.  They sing along to every word of each song and it’s obvious that Rhett is having the time of his life on stage, completely at ease.

The award winning Die A Happy Man stands out amongst the many excellent tracks he performs.  It’s easy to see why this track, as he earlier old us backstage, has become a hugely popular wedding track – packed with emotion and beautiful vocals is has the crowd entranced.

A hugely entertaining performance comes to a close with the excellent, upbeat Vacation.  It’s not a track for country purists, with a heavy pop feeling but it goes down extremely well with the crowd.  They’re dancing away much like Rhett is on stage (in truth he has been on the move all evening!).

As his first headline performance is Manchester comes to a close, it’s safe to say that it wont be his last and that he will be welcomed back enthusiastically.