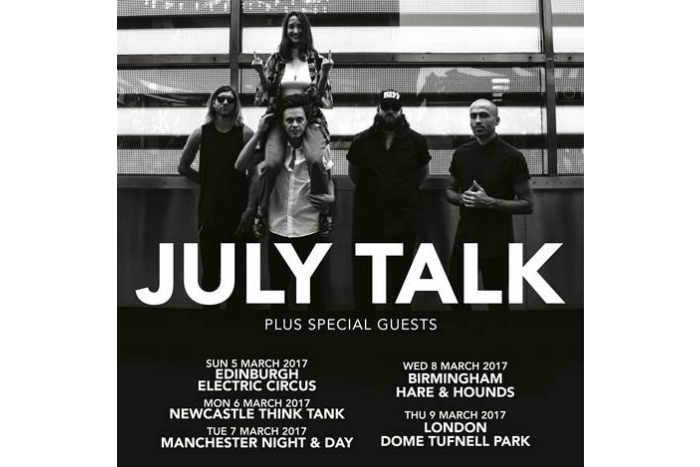 July Talk have announced that they are returning to the UK in March 2017 for a second headline tour in just six months.  The new dates follow the success of their recent European headline tour.

The Toronto five piece are currently on tour with Catfish And The Bottlemen which follows a major US tour supporting Nothing But Thieves.

Tickets for July Talk performing at Manchester’s Night and Day on 7 March 2017 are on sale now.