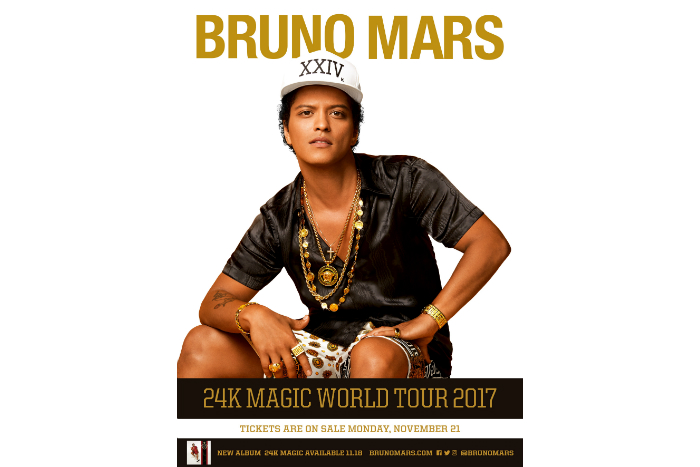 Multi-Grammy Award winner Bruno Mars has announced a string of European dates as a part of his 2017 world tour which include 10 gigs in the UK and Ireland.

Tickets for Bruno Mars performing at Manchester Arena on 2 May 2017 go on sale on Monday 21 November 2016.