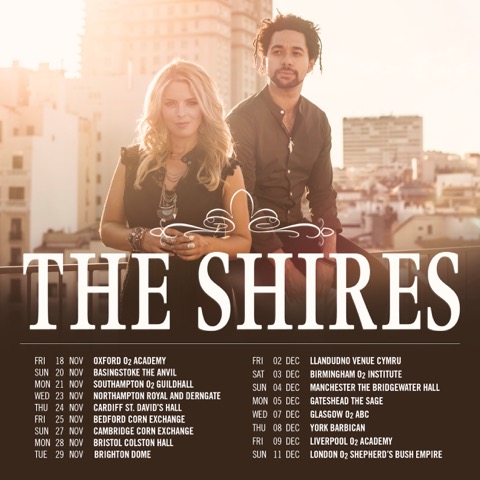 The Shires have announced a series of tour dates to follow the release of their next album My Universe, which is due out on 7 October.

The news follows their secret show this week, where the duo previewed new tracks to their fans.

The announcement also comes after their recent headlining set on Glastonbury’s Acoustic Stage.

Ben Earle stated: “It’s something magical to be on stage and sharing your songs and seeing the fans’  reaction. We’re particularly excited to share our new tracks with the fans on this tour.”

Last night, Crissie and Ben gave fans a chance to hear some of their new tracks when they played a secret album launch show at London’s One Embankment. Previewing songs from their forthcoming second album My Universe, which will be released on 7th October, The Shires showcased how recording in Music City: Nashville has further honed their songwriting craft for making clever and catchy Country-Pop that continues to push the genre into the UK mainstream. Last year, they were one of only a handful of British acts to see their debut release certified Gold alongside Jess Glynne, James Bay and Years & Years. The first UK country act ever to have a top 10 album in their home country, The Shires have been at the forefront of the British Country music movement which has seen a sea change in the opinion of the British public, who have embraced the genre and UK bands making music inspired by US country artists. 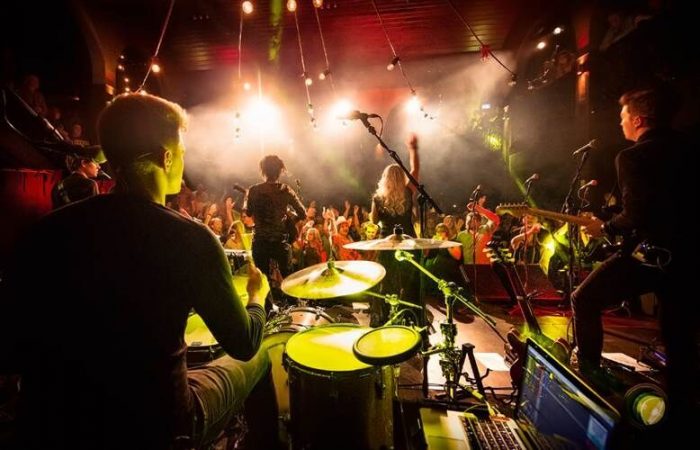 The live dates will follow an intense period of song writing for the Shires, who have been working on their new album in Music City: Nashville. Ben and Crissie co-wrote some tracks with top country music writers including Kip Moore and recorded their album at Sound Stage Studios, one of the most prestigious recording studios in Nashville, which has cut records for other country superstars such as Carrie Underwood, Tim McGraw and Lady Antebellum. They also graced the stage at the famous
Grand Ole Opry and can add their name to Dolly Parton, Hank Williams, Garth Brooks and a veritable who’s who of Country music who have played at the famous Nashville landmark venue.

Tickets for The Shires performing at Manchester’s Bridgewater Hall on 4 December 2016 go on sale at 9am on Friday 22 July. Eager fans can secure their tickets for the tour when they pre-order a special edition of the new album at HMV before midnight on Monday 18th July. The HMV exclusive  edition of My Universe includes exclusive artwork and two bonus tracks. Those who order the album before midnight Monday 18th July will receive a unique code to give them access to the tour ticket pre-sale from 9am Thursday 21st July