In Review: Ady Suleiman at the Albert Hall 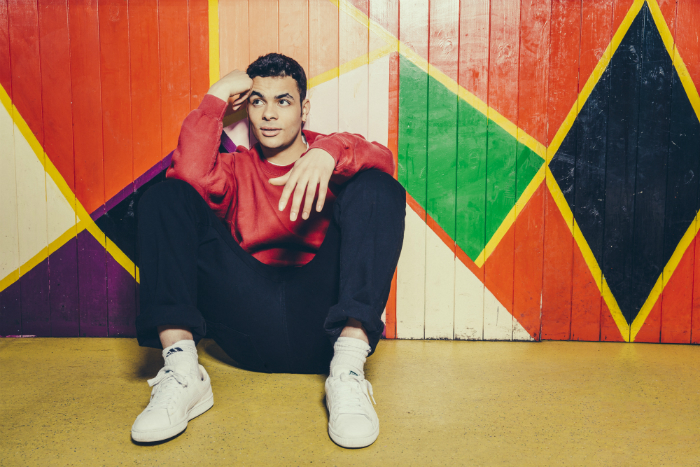 In a little under twelve months, Ady Suleiman has gone from his first nationwide tour (taking in Manchester’s Soup Kitchen) to performing at the Albert Hall as part of Neighbourhood Festival, via Glastonbury and a live BBC2 set.  It’s safe to say it’s been quite the rise for the Nottingham singer who certainly packs a punch both lyrically and performance-wise.

Suleiman’s music is a cocktail of soul, r’n’b, funk, jazz and pop.  It’s smooth, but it has a kick.  And the more you taste, the more flavours you discover.

Certainly the crowd inside Manchester’s Albert Hall seem to be lapping it up.  From very early in the set they are dancing away (the more restrained are at least nodding and tapping their feet).  Cheers follow every song.

Accompanied by a six piece band, Suleiman exudes confidence as he works his way through the set.  He looks completely at ease, casually walking around the stage, interacting with the crowd, laughing and joking.

His vocals are strong, whether it’s part crooning the excellent, soulful, Waiting For You (which gets over extremely well with the crowd) or the spikier So Lost, from his debut EP which is filled with strong beats and an intoxicating r’n’b feel.  So Lost bites more, not just for the vocals and feel, but also the depths of the lyrical content, which he explains is dedicated to mental health issues.

The set includes an excellent cover of Protoje’s Who Knows, which he delightedly points out was a cover he recorded for BBC 1Xtra – he almost seems taken aback himself as to his quick rise.  As he performs it, there’s quite a bit of bouncing around at ground floor level of the Albert Hall.

He moves easily through the setlist, the feel constantly changing.  It keeps the crowd mesmerised.  The slower, more deliberate Need Somebody To Love draws particular cheers of delight and if that’s not enough, there’s a beautiful moment when he performs Longing For Your Love accompanied solely by his guitarist.  The sparseness of the accompaniment showcases his vocal ability perfectly and makes a striking contrast to the rest of the set.

The set has grown in stature throughout.  Jazz has been fused with pop, soul, r’n’b and funk.  There’s even a retro feel to the conclusion of what has been an excellent performance.  Suleiman seems as delighted as the crowd appears to be.