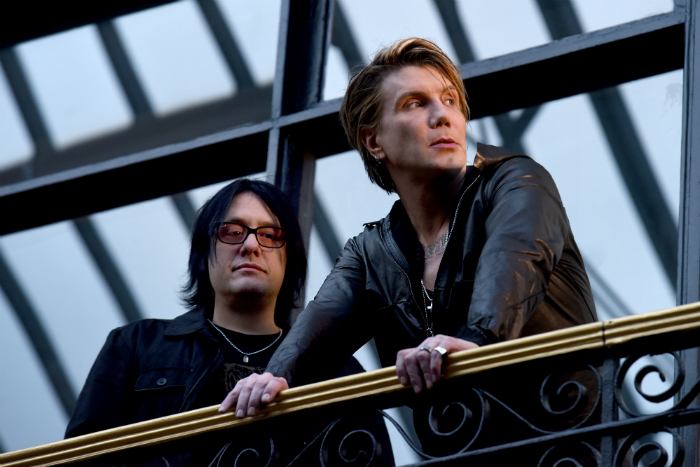 Swans
Sunday 9 October – O2 Ritz
Swans conclude their current line up following the release of their fourteenth studio album, The Glowing Man, with an extensive tour taking in Manchester’s Ritz.  Noise rockers Swans, led by Michael Gira, formed in 1982 and, after disbanding in 1997, returned with the critically acclaimed albums My Father Will Guide Me Up A Rope To The Sky (2010), 2012’s The Seer and 2014’s To Be Kind..

Nina Nesbitt
Wednesday 12 October – Sound Control
Outstanding singer-songwriter and musician Nina Nesbitt returns to Manchester following January’s gig at the Deaf Institute. The Life In Colour tour sees Nina Nesbitt performing songs based on stories sent in by her fans from her new EP Life In Colour (due for release 10 October) as well as some of her biggest hits to date.

Goo Goo Dolls
Wednesday 12 October – Albert Hall
Goo Goo Dolls return to the UK for their first tour since 2013. The tour comes following a busy Summer for singer John Rzeznik and bassist Robby Takac, which was them release latest album Boxes and toured arenas in North America. The band has toured the globe countless times, performed in front of millions of fans, received numerous awards (including four Grammy nominations), and recorded and released ten studio albums, with Boxes being their 11th. Rzeznik has also been honoured with the Songwriters Hall of Fame Hal David Starlight Award. Support comes from ex-Tribes frontman Johnny Lloyd.

Kano
Thursday 13 October – O2 Ritz
Following the release of his fifth album, Made in the Manor, Kano performs a series of UK dates, which sees him joined by a six-piece live band. The rapper has been picking up award nominations left, right and centre since the album’s release, including a Mercury Prize nomination.

Mali Hayes
Friday 14 October – Gullivers
Manchester and Leeds based singer/songwriter Mali Hayes takes influences from the likes of India Arie, Lianne La Havas and Erykah Badu. Mali has worked with many musicians and artists from the age of 13 including Briana Corrigan (Beautiful South), Rioghnach Connolly (Honeyfeet) and Zoe Kyoti and now steps out in her own right with the release of debut EP Quiet Silence.

CC Smugglers
Saturday 15 October – The Ruby Lounge
Former guerilla buskers (they gained a reputation for hijacking queues waiting to see other artists), CC Smugglers have made the transition to to headlining their own tour, and sealing headlines at the likes of Cambridge Folk Festival, Cornbury and Glastonbury. Their big break came as they played outside every UK tour date of Old Crow Medicine Show before OCMS eventually invited them in to share the stage.