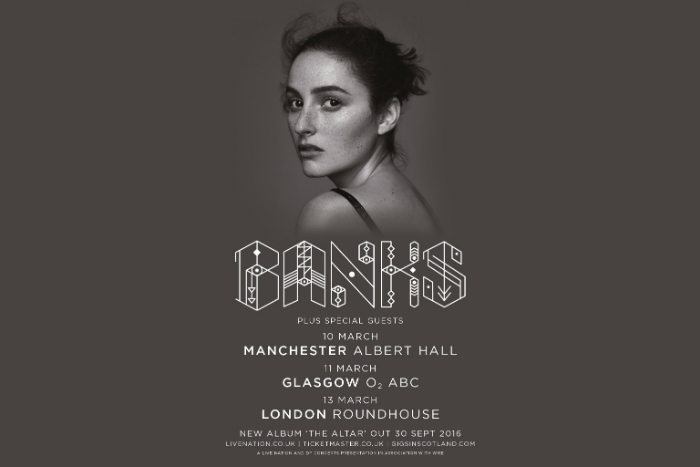 Just ahead of the release of her second album The Altar, Banks has announced a series of UK dates for March 2017, including a performance at Manchester’s iconic Albert Hall.

The shows mark her first UK live performances since 2014.

Banks’ second album The Altar features 13 new songs, yet again all written and creatively controlled by Banks, inspired by love, longing, betrayal and self-doubt.  The Altar is released on 30 September 2016.

Tickets for Banks performing at Manchester’s Albert Hall on 10 March 2017 go on sale at 10am on Friday 23 September priced £19.50 plus booking fee.