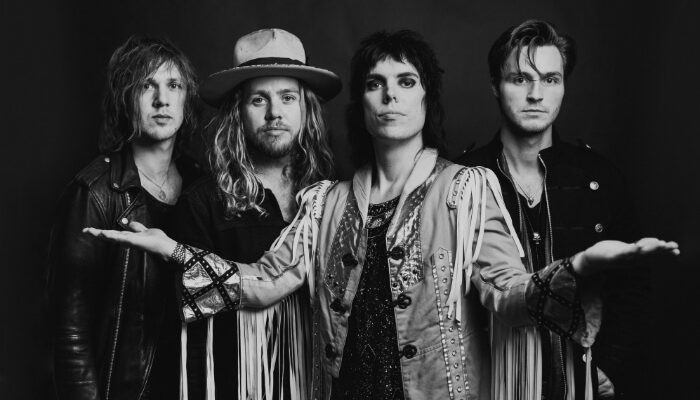 The Struts have announced that they will release their second album, Young&Dangerous, in October ahead of a UK tour in the new year including Manchester Academy.

Young&Dangerous will be released on 26 October via Polydor Records.

The album, a follow-up to 2016’s Everybody Wants, features current single Body Talks as well as new track Bulletproof Baby.

Speaking about the album, The Struts lead singer Luke Spiller commented, “Finally we can reveal our second album, YOUNG&DANGEROUS.  We have poured our blood, sweat and tears into this album and I know you are all going to love it. This is dedicated to all of our amazing fans who have waited so long for this record. I hope these songs provide the perfect soundtrack to this crazy thing called life. Thank you once again. Be sure to get tickets to our tour so we can all sing these new songs together. Much love x.”

The Struts will head out on a UK tour in February 2018 including a Manchester gig at Manchester Academy.

When do The Struts headline at Manchester Academy 2?

When do tickets for The Struts UK tour go on sale?

Tickets for The Struts UK tour including Manchester Academy gig go on sale on February 21 September.