Previewed: Buddy – The Buddy Holly story at the Palace Theatre 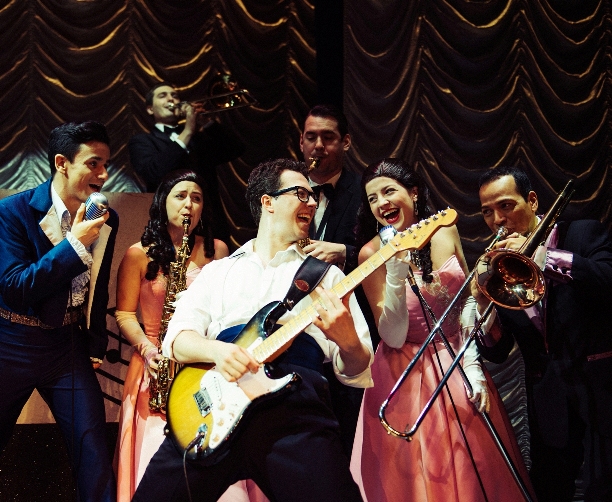 The Palace Theatre, Manchester, dates come after the tour was extended due to phenomenal demand for tickets.

More than 22 million music fans have seen the musical since it opened in London’s West End in 1989.  In fact is has racked up almost 7,000 shows in the UK alone.  The success is not something which Buddy’s widow Marie Elena Holly could have ever imagined, leading her to comment “When we opened the show we never imagined Buddy’s music and story would still be rocking stages and entertaining audiences around the world week-in week-out over 25 years later. I believe this is testament to a great show – the first of its kind – and to the enduring appeal of Buddy Holly and what he represents; a youthful energy, huge talent and creativity, combined with a determination to make a lasting impression in this world.”

Buddy tells the enduring tale of the musical icon’s meteoric rise to fame.  It follows his life through to his final legendary performance at the Surf Ballroom in Clear Lake, Iowa, before his tragic and untimely death at the age of 22, leaving behind a legacy which influenced the likes of Springsteen and The Beatles.

In just 18 months, the Texas-born artist revolutionised the face of contemporary music.

Who are the cast and crew of Buddy?

Alan Janes, who wrote and produced the musical commented “Audiences aged eight to 80 dance in the aisles every night to our enactment of the story of a young man whose musical career spanned an all-too-brief period but whose music will be remembered forever.”

Where and when is Buddy performed in Manchester?

Buddy runs at The Palace Theatre, Manchester, from Tuesday 30 May until Saturday 3 June.  Performances are at 7.30pm Tuesday through to Saturday with additional 2.30pm showings on Thursday and Saturday.

Tickets for Buddy – The Buddy Holly Story at Manchester’s Palace Theatre start at £16.50.