In Review: The Songbook of Judy Garland at The Palace Theatre 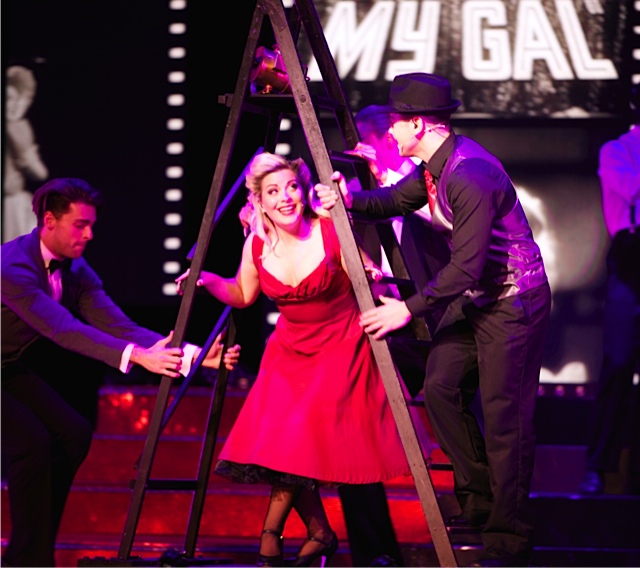 Under the creative direction of renowned choreographer and director Arlene Phillips, and starring Lorna Luft (Judy Garland’s daughter) alongside Louise Dearman, Rachel Stanley, Ray Quinn and Georgina Hagen, who all put in strong performances, The Songbook of Judy Garland, does indeed manage to do justice to the legend herself.  A production such as this runs the risk of becoming nothing more than a tribute act, but this show sidesteps that issue perfectly and delivers an entertaining, thoughtful and delicate homage to the icon.

Following a clever opening, mimicking the credits rolling on a classic movie, complete with specks and noise affecting the film, the show launched in earnest. 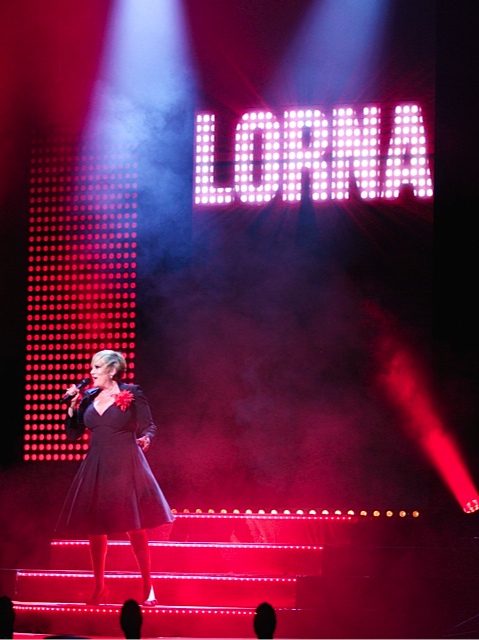 Lorna Luft in The Songbook of Judy Garland

The film studio style worked particularly well and allowed for clever and seamless integration of trailers and openings from classic Judy Garland movies broadcast on the screen, actual recordings of her performances and interviews and an almost ‘audience with’ atmosphere at times, particularly when Lorna Luft spoke fondly of her mother relaying anecdotes from her life.  It was a style which could not help but to captivate the audience, and prove a strong link between the legend herself and the production.

The choreography was, as expected from a show with Arlene Phillips at the head, excellent, featuring strong performances from the whole cast, including dancers ‘The Boyfriends’ (named after Judy’s original dancers of the same name) and especially Ray Quinn, who excelled displaying wonderful tap skills.

Whilst the singing was, excellent throughout, it was a shame that the music was only partially ‘live’ with a pianist, drummer and double bass player supplementing an audio soundtrack.  So much more could have been made of the music with a full band on hand.  Nevertheless, the live artists performed well and the singing of the whole cast was of an impeccable standard.

With a list of songs including the likes of Get Happy, The Trolley Song and Easter Parade, it was simply impossible not to be dragged in by The Songbook of Judy Garland.  It is hit after hit of classic tunes from some of her hugely popular films, and they are song perfectly all round. 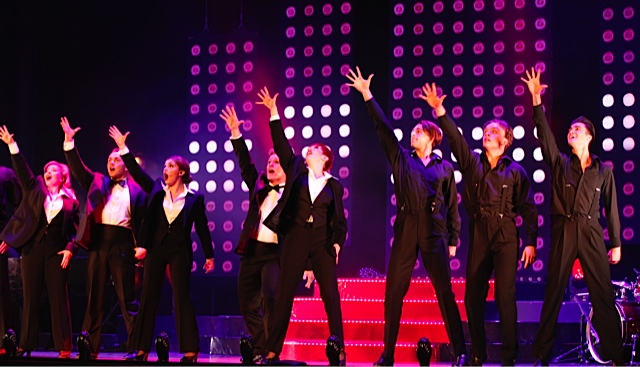 ‘The Boyfriends’ in The Songbook of Judy Garland

The Songbook of Judy Garland is an endearing, reflective production which brings the legend which is Judy Garland to the modern stage in a thoughtful and entertaining manner.  It is effective, full of humour and rightly has the audience cheering after almost every song.

The Songbook of Judy Garland is performed at The Palace Theatre until Saturday 30 May 2015.