Previewed: Beans on Toast at Gorilla 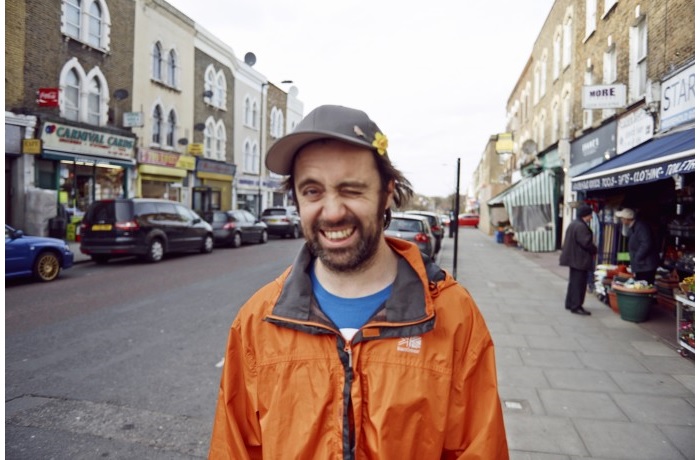 No, it’s not a new item on the breakfast menu at Gorilla’s excellent restaurant.  Instead it’s a live performance from cult hero Beans on Toast, who is set to release his latest album Rolling Up The Hill on 1 December.

The new album marks his most creative work to date, and is filled with tracks about friendship, travel and art as well as, of course, drinking protecting and growing older.

His seventh studio album in the same amount of years will be released as usual on 1st December via Xtra Mile Recordings. It was recorded this August in Kansas with husband and wife country duo Truckstop Honeymoon. Beans met the duo at Larmer Tree festival last year, and after hanging out and playing some shows with them in New Orleans they hatched a plan to go to The Ninth Ward Picking Parlour in Lawrence, Kansas to make an album together. The duo brings together double bass, mandolin and finger picking sounds to Beans on Toast unique art of songwriting. Of course though, they were still joined by long-term partner in crime Bobby Banjo, on harp and banjo. Throw in a couple of Kansas players dropping in some horns and some drums and you’ve got a Beans on Toast album that is fresh, fun and exciting whilst at the same time not losing any of Beans on Toast’s original cheap and easy English attitude that has got him to where he is today.

Ten years in the game and Beans has built up something of an underground following around the world, and is now ramming out festival fields and tents on the UK circuit and constantly touring new and foreign land. This year alone he’s played shows on rooftops in Cape Town, tropical islands in the Barbados, folk festivals in Canada and covered over 10,000 miles in the USA.

For his headline UK Tour Truckstop Honeymoon will be joining him, they will open up the show and also play as a Backing band, making Beans on Toast a full four piece band.

Beans on Toast performs at Manchester’s Gorilla on 18 November 2015.