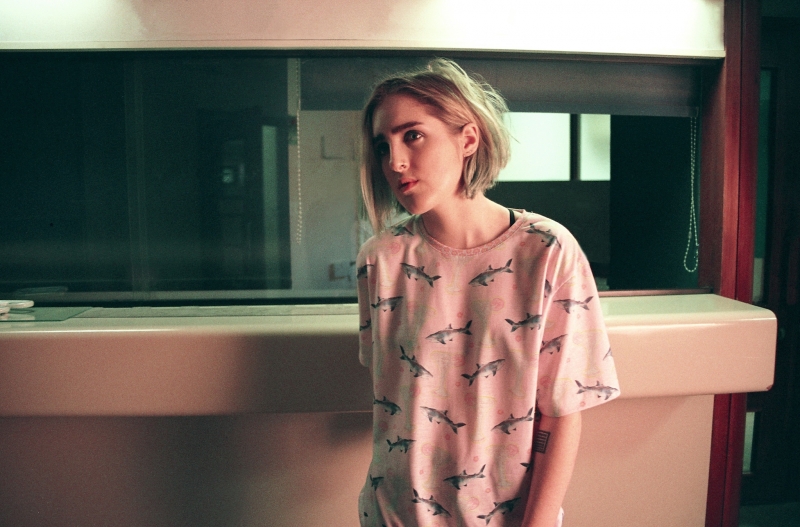 Just over a year ago, 23-year-old Shura’s debut, gossamer-light take on keening pop, ‘Touch’, arrived as if from nowhere: a lyrical snapshot of that awkward friend-zone period post-break-up, it has since translated into over 15 million plays, a nomination for the BBC Sound Poll, and praise from Dev Hynes and Jungle to Kylie Minogue (despite not yet being released). “It’s like someone’s taken something really shiny and rubbed it with sandpaper,” Shura says of her instantly-recognisable sound, which – if ‘White Light’ is anything to go by – continues to evolve from her parents’ colourful musical household (Dad’s prog vinyl, her brother’s drum-and-bass DJ’ing) to Shura’s own learning curve on the acoustic open-mic circuit.

Quite how she’s ended up here is still a surprise to Shura herself. Born in London but raised in Manchester – with occasional trips to Russia, to visit her actress-mother’s homeland – Shura’s subsequent interest in electronic music was almost benched entirely: as a teenager, she played for Manchester City Girls for five years, before a “Lara Croft moment” saw her travel to South America after her studies. It proved to be a trip which not only broadened Shura’s personal horizons – “in the jungle, everything wants to kill you” – but also gave her the time to articulate a messy break-up into emotional, heartfelt Pop. Shura returned determined to throw herself into things, writing songs in the night-shift role of a video editor in Shepherds Bush, and recruiting her friends to kiss on camera for ‘Touch’: many of whom turned up one year later in ‘Indecision’, another striking treatment on sexuality, otherness and shared passions. And while ‘White Light’ in part explodes the personal out into a sci-fi fantasy, holding it together is the same hushed vocal, lyrical openness and alternative-spirit which first introduced Shura, and now takes her further into the unknown.

Support is set to come from hotly-tipped Liverpool four-piece Clean Cut Kid.  Clean Cut Kid are Mike Halls, Evelyn Halls, Saul Godman and Ross Higginson. “Soulful pop ballads, washed in Mersey water” is how Mike describes the band’s sound. The quartet possess an old-school gang spirit, their deep bond formed by around-the-clock rehearsals at their practice space in Liverpool. The group would spend day and night hunkered down there – Saul lived in it for a period, and Mike and Evelyn were on the same road. Keeping up with Mike’s prolific output, they have emerged with a wonderfully distinguished sound, where pop and experimentalism combine in glorious harmony.