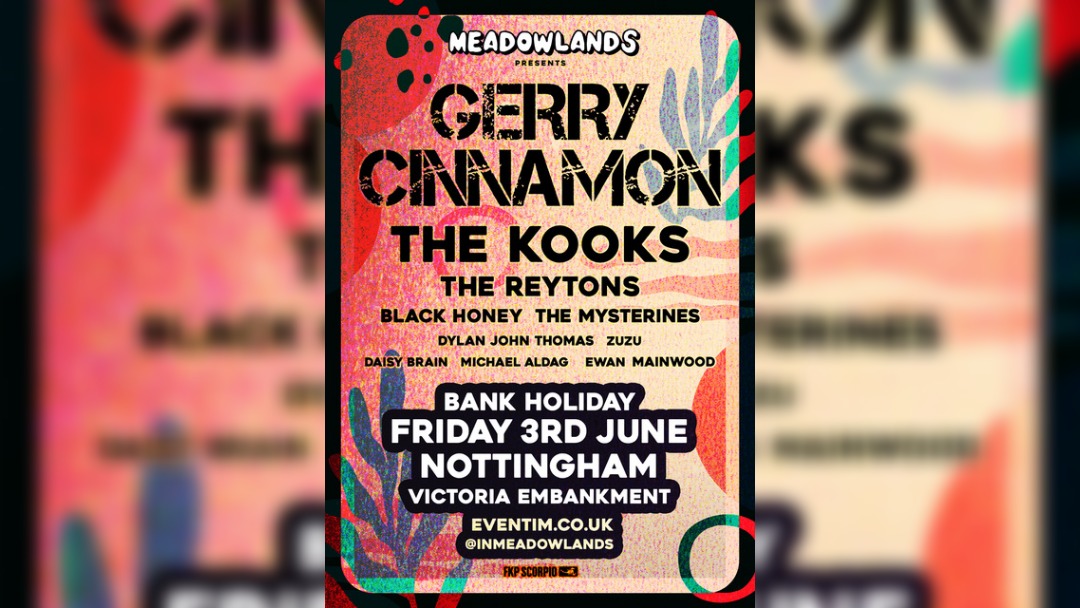 The line-up for Nottingham’s Meadowlands Festival is taking shape featuring the likes of Black Honey, The Mysterines, Zuzu, Gerry Cinnamon and The Kooks.

Organisers of the brand new event recently confirmed the latest editions to the lineup which now features indie stalwarts The Kooks, Liverpool’s The Mysterines, who headlined at Manchester’s Band on the Wall last week, The Reytons and Live Manchester favourites Black Honey.

The event is headlined by .

Who has been confirmed for Meadowlands Festival so far?

The line-up for Meadowlands Festival features:

GERRY CINNAMON
Gerry Cinnamon performs one of only a handful of festival dates for the summer of 2022, bringing his sing-along inspiration which has become folklore amongst festival-goers.

THE KOOKS
After a worldwide arena tour, the release of their 2018 UK Top Ten album Let’s Go Sunshine saw the British indie-pop band topping the bill at festivals across Europe and at home. The streaming boom had opened up The Kooks to a new audience of young fans who loved their distinctive brand of indie pop and were itching to see them play live. Recently wrapping up their 15th anniversary tour in the UK, The Kooks will release their sixth studio album 10 Tracks To Echo In The Dark in July.

THE REYTONS
The Reytons have racked up half a million Spotify streams across their three EPs and their debut album The Kids Off The Estate debuted No 11 on the UK Official Charts. The Sheffield band are currently enjoying a rapid ascent. 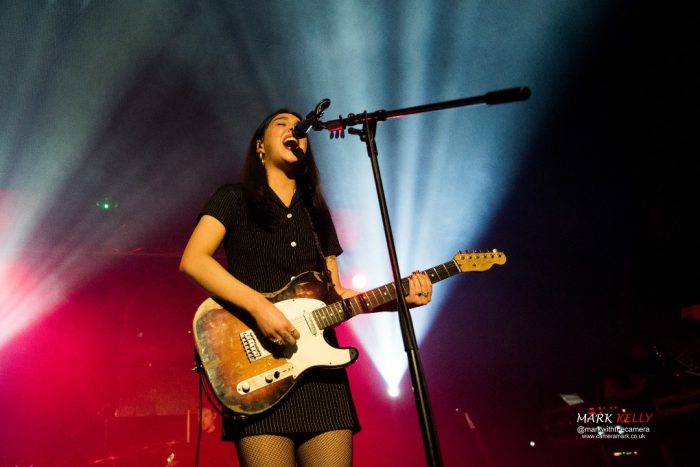 The Mysterines at Band on the Wall
image courtesy @markwiththecamera

No strangers to the north-west music scene, The Mysterines have recently headlined a sold-out gig at Band on the Wall in support of their outstanding debut album Reeling.  The album debuted at number 9 in the UK album chart, navigating 13 tracks of grief, self-destruction and heartache brought together with black humour.

DYLAN JOHN THOMAS
Named Scotland’s breakout star of 2022, indie pop Dylan John Thomas has had a non-stop ascent so far since the release of his self titled debut EP last October. Mentored by Gerry Cinnamon, he has supported the likes of Sam Fender and Liam Gallagher who personally invited him to open one of his Arena shows. Believed to be Scotland’s next biggest singer-songwriter, Dylan John Thomas is one to watch. 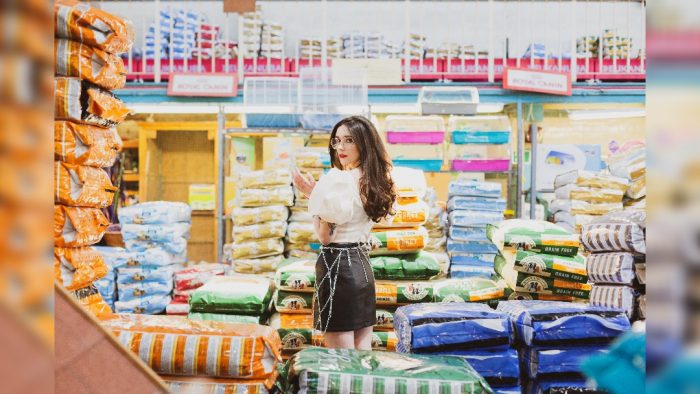 ZUZU
One of our favourite artists of the last few years, Zuzu released her debut album Queensway Tunnel at the tail end of 2021.  Songwriter, producer, director, actor, comic book illustrator and, without a shadow of a doubt one of the nicest people in the music industry, Zuzu puts on an incredible live show and is definitely one to catch.

DAISY BRAIN
Daisy Brain is the alias of Will Tse, a songwriter and producer from London. He writes and produces from his Hackney bedroom, combining a love of Britpop and Grunge with an emo melodic streak and lyrics rooted in his Gen-Z experiences. Combining the guitar-led arrangements of alt heroes like Blur and Sonic Youth with the earnest songwriting touch of Elliot Smith, Phoebe Bridgers and Matty Healy.

MICHAEL ALDAG
Breakthrough singer, songwriter and TikTok star Michael Aldag is an artist, who as quoted by The Line of Best Fit, “is channelling the trials and tribulations of youth into his experimental, anthemic pop.” His deeply relatable and honest lyrics, which are often described as ‘soundtracks to life,’ has seen his singles ‘Ghosted’ and ‘LOML’ both land feature plays on BBC Radio 1’s Molly King’s ‘Best New Pop’ show respectively and Sunday Brunch name him as ‘One to Watch for 2022.’

When does Meadowlands Festival take place?