In Review: The Mysterines at Band on the Wall 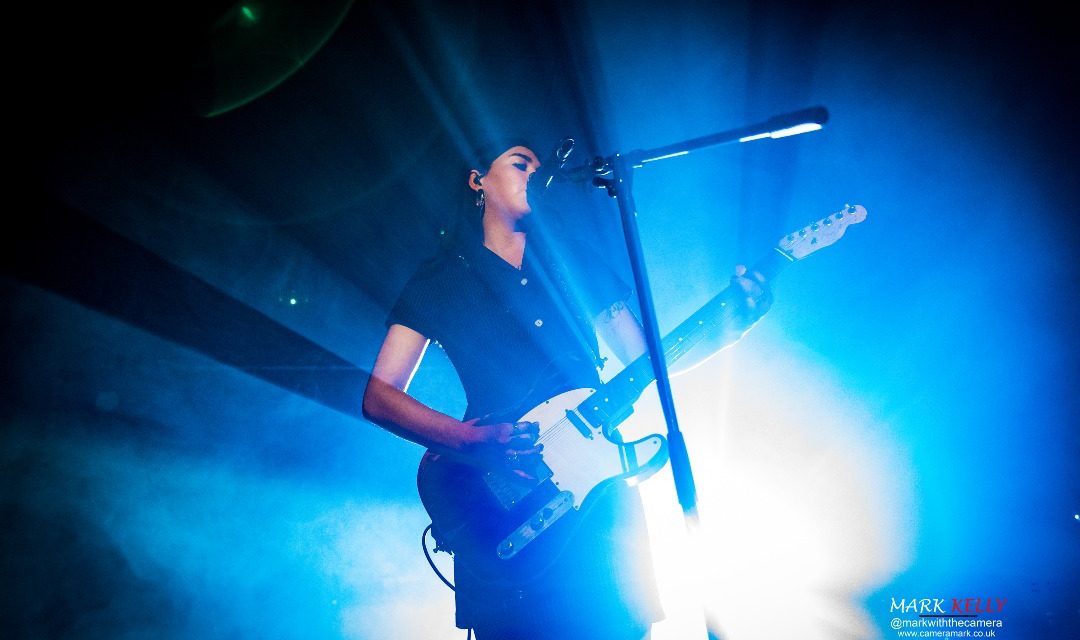 It’s been almost two and a half years since I last saw The Mysterines play live.  That night back in November 2019 they were supporting The Amazons at Manchester Academy.  Now, I finally have the opportunity to see them headline in their own right at Band on the Wall, Manchester.

Throwing back to November 2019 they impressed in one of two support slots.  In fact it was noticeable how much they impressed as the sold out Manchester Academy gave them their full attention (sadly something which doesn’t happen often enough).

Fast forward back to March 2022 and The Mysterines are headlining at Band on the Wall.  It’s packed out and there’s clearly a lot of enthusiasm and excitement in the crowd.

The gig lands just a couple of weeks after their debut album Reeling lands.  It is an album which has been received to huge critical and fan acclaim.  The gig is understandably based around the album with all 13 album tracks making it on to the setlist, demonstrating just how strong the album is.

Coming on stage after outstanding support from Fraulein and Coach Party (the’ll be returning to Manchester later this year so make sure you catch them), they open with The Bad Thing as they set the tone for the night.  It’s immediately atmospheric and grungy with the perfect balance of intensity and relaxedness.

Throughout the near one-hour set there is very little crowd interaction and the music takes centre-stage.  It seems right.  Their album is so good that the music forms the focus of the night.  The lighting adds the perfect atmospheric touch with frequent strong back-lighting leaving the band at many stages as silhouettes.  It’s a deliberate and clever move which immerses the crowd completely in the pacey drums, driving bass and dirty riffs (none more so than in the outstanding Under Your Skin) which underpin Lia’s vocals.  In fact as they prepare to launch in to The Confession Song, Lia asks the lighting tech to turn the stage lights off almost completely.  It’s a beautiful moment.

The setlist provides for plenty of variation from the enthralling and angry sounds of Life’s A Bitch through to the (slightly) more mellow, bouncy and relaxed feel of Reeling and Old Friends Die Hard and the cinematic feel of Dangerous.  They even work in an almost impromptu cover of Be My Baby which finds Lia and Fraulein’s Joni Samuels duetting a barely rehearsed last minute version of The Ronettes’ classic.

The audience sings and shouts its approval throughout.  Feet are tapping, heads are nodding.  The audience knows that they’re fortunate to be witnessing The Mysterines in such an intimate setting.

Next time they return to Manchester it will no doubt be something special.