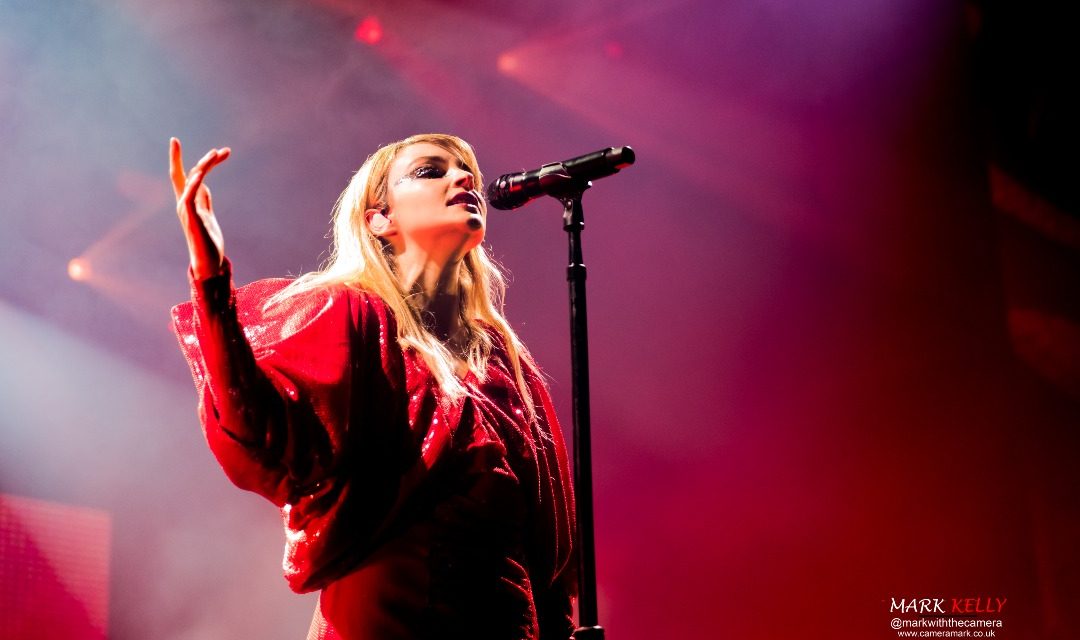 It’s the final date of Chvrches headline UK run as they round out the Screen Violence tour with a definitive crowd pleaser at Manchester’s O2 Apollo.

The atmosphere in the venue is joyous and bouncy long before they hit the stage for their near hour and a half set.  The 3,500 capacity venue is packed out and as it ticks towards stage time, you can feel the excitement building.  What follows is a masterclass in atmospheric pop music, stage presence and charisma.

The set is built, as singer Lauren Mayberry remarks, around the band’s fourth album Screen Violence.  There is, however, enough of the band’s back catalogue to draw on their now 10-year span with songs from each of their albums making their way in to the set.

After an atmospheric and charged introduction with more than just a hint of a Freddie Krueger vibe, they open the set with He Said She Said to the crowd’s delight.  The fans are bouncing up and down and singing along as Lauren Mayberry commands the stage, moving around, brimming with enthusiasm and energy.

They work their way through Forever, Leave a Trace and California as interaction, as such, remains largely at a premium through the first half of the set.  The initial lack of interaction does not, however, have any detrimental effect.  In fact, the opening salvos seem more intense and immediate for it.

The movie influence which permeates latest album Screen Violence really filters through as they reach the tail end of the set with an impeccable performance of Final Girl.  The track sees Lauren Mayberry make her second outfit change of the set, donning a final girl T-Shirt in a nod to the horror genre.

The set is synth, drums and bass heavy throughout.  It forms a perfect layer for the outstanding vocals which soar above as Chvrches head towards the end of the evening which a perfect pop rendition of Clearest Blue as they throw back to 2015’s album Every Open Eye to the absolute delight of the fans.