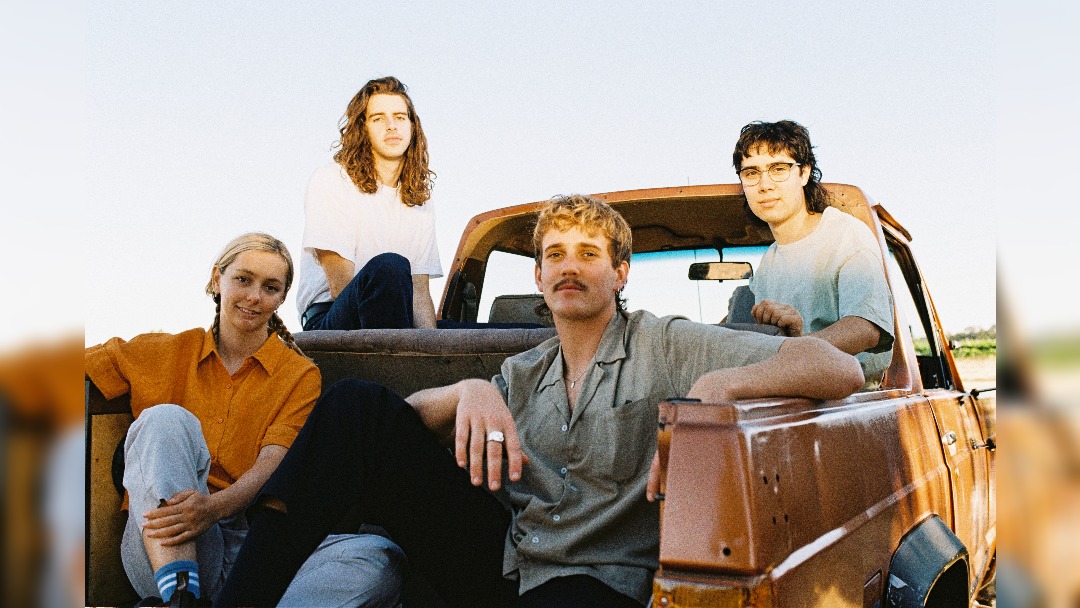 As Spacey Jane build up to the release of second album Here Comes Everybody, the Australian four-piece will headline at Manchester Academy 3.

The ARIA Award winners are still riding high on the success of debut album Sunlight, which featured the hit track Booster Seat.  They are now set to follow the album almost two years to the day with 2022’s Here Comes Everybody.

The album will be released on 10 June.

Here Comes Everybody first came to life at the start of the lockdowns in 2020 and features already released tracks Lunchtime and Lots Of Nothing.

Whilst Sunlight took on lead singer Caleb Harper’s personal experience, Here Comes Everybody looks at life more broadly.  As he explains about the these which run through it, “Our first record (Sunlight) discussed personal experiences of mine and it was a blessing to see how many people related to those stories. I want this record to be for youth persevering and thriving emotionally under the weight of our generational burden made up of climate change, COVID etc. Feeling like you have the responsibility of your entire future on your shoulders without any say in what happens creates anxiety and uncertainty. I think COVID took away the sense of unity that gives young people assurances in such times. I know music isn’t a replacement for taking control and galvanizing positive change, but I hope this record can soundtrack some of those moments in people’s lives.”

The album features recent track Sitting Up, on which he adds, “I wrote this about the way I was feeling and behaving when I was in my final semester of uni before dropping out. I left quite unceremoniously by not showing up to any of my final exams or handing in final assessments. I had no idea who I was, I was seriously depressed and completely spinning out. I felt like I’d created this terrible facade of myself for all of these people that I knew and that really I hadn’t been myself around someone or been truthful about my feelings in years. I didn’t care about my life or what I was doing to my body, I thought I was going to end up dead if I didn’t fix something. I felt like I was the only one going through those feelings and even though that wasn’t true, it made me feel so alone.”

When do Spacey Jane headline at Manchester Academy 3?