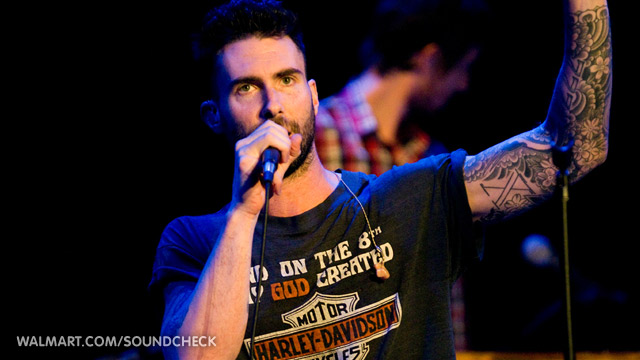 US stars Maroon 5 have announced three UK arena dates, including a performance at Manchester’s Phones 4u Arena on 1st June 2015.

The multi-Grammy Award winners (Adam Levine, vocals; James Valentine, guitar; Mickey Madden, bass; Matt Flynn, drums; and PJ Morton, Keyboards) have announced the gigs following the release of their latest album V, which they have spent the past year recording, punctuating it with two sell out O2 Arena dates in January which received rave reviews.

The band has sold more than 17 million albums worldwide, with gold and platinum hits in over 35 countries, including phenomenally successful tracks such as Moves Like Jagger, Makes Me Wonder and Misery, channelling a hybrid of rock, pop, funk and r&b.

The full listing so far (more dates are anticipated!):

Tickets for Maroon 5 at the Phones 4u Arena go on sale at 9am on Friday 5th September priced £35/£45 + BF.  Support is set to come from Magic! And Nick Gardner.