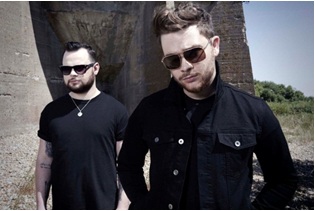 Fresh from hitting the number one spot with their eponymous debut album (the fatest selling debut rock album for three years, no less), Royal Blood have announced a UK tour which will see them perform at Manchester’s Ritz on 2nd November.

The Brighton two-piece (Mike Kerr and Ben Thatcher) have recently performed at Reading and Leeds as well as Download.  In addition they have supported Arctic Monkeys are two massive shows in London’s Finsbury Park at Dublin’s Marlay Park, whilst cementing their reputation internationally with heavy scheduling through North America.

Royal Blood will perform at The Ritz on 2nd November with support from fellow British rockers Turbowolf.  Tickets go on sale 9am on Friday 5th September priced £14 + BF.