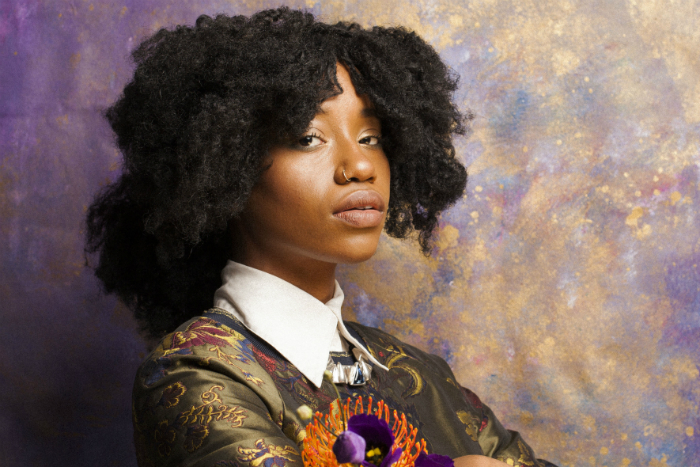 Denai Moore comes to Manchester’s Gullivers fresh from the release of her sophomore album We Used To Bloom.

We Used To Bloom was released following recent full band shows at The Great Escape, Hay Fest and London’s Courtyard Theatre where she enthralled audiences.

The album features acclaimed singles; Trickle and Does It Get Easier? plus the recently unveiled album track All The Way feat. Kwabs.  We Used To Bloom also features a cover of Elliott Smith’s Twilight.

One of the album’s gems Do They Care? is a song Denai says she was “itching to write for a while” the track takes in the temperature of the times, “it’s about everything that’s happening right now in the world and how much it was affecting me,” she recalls.

There are R’n’B influences, certainly, but alongside them stand a love for folk and soul, for Bon Iver, Feist and Solange, for Sufjan Stevens’s The Age of Adz into the “richness” of Beyonce’s Lemonade, for the fact that “Kanye never made the same record twice”, for the way that St Vincent “really reinvented the idea of being a lead guitarist.” And there too is the girl who learned to play keys alongside her session musician father, the girl who took up guitar and sang at a young age, who spent her childhood in Jamaica listening to the gospel music of the local churches. “And melodically that still influences me,” she says. “It’s a very resonant music. It stays.”

The last couple of years have provided an intense and sometimes painful period of growth for Moore — an experience that she documents now with unflinching openness on We Used to Bloom. These 10 songs reveal a young woman figuring out the world and her place in it, while also charting Moore’s evolving relationship with herself — with self-esteem, self-image and the crippling anxiety she once suffered and is now challenging head on through her songwriting. “I’ve never written about this before and it was a massive weight off my shoulders,” she says. “I’ve always wanted to write about it, and I think a lot of people can relate to it because people are more open now about mental health issues. I think it is empowering.”

Where and when does Denai Moore play in Manchester?

Denai Moore headlines at Gullivers in Manchester on 26 September 2017.