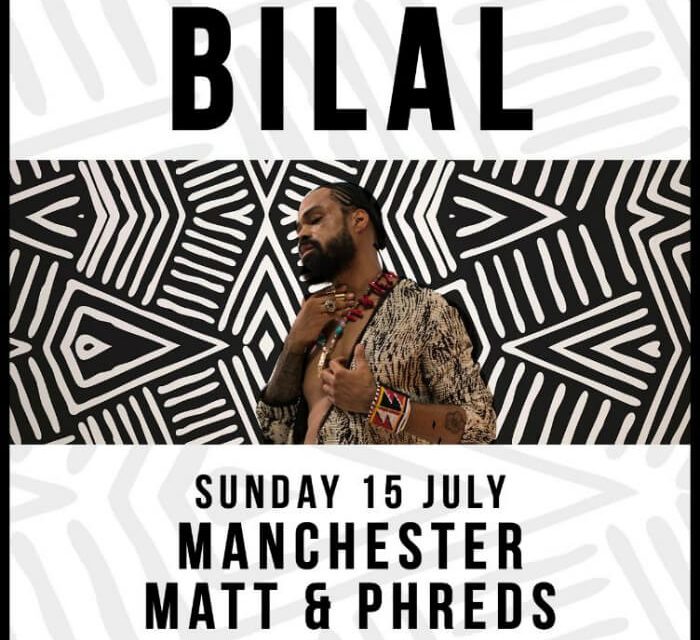 The hip-hop, jazz and blues influenced star has become one of the most dynamic artists of our time, drawing from gospel, jazz, soul, blues, and hip-hop since making his major label debut with 2001’s First Born Second which featured the likes of Dr Dre, Mos Def, Common and Jadakiss. The album sold over 300,000 copies and announced Bilal to the world.

Grammy Award winning Bilal’s sophomore recording Love For Sale leaked online before its official release and would enjoy over half a million downloads. 2010 saw Air Tights’ Revenge, which yielded the Grammy nominated single Little Ones.  In February 2013, Bilal released A Love Surreal, which went on to garner critical acclaim being named as one of People Magazine’s Top Ten albums of 2013.

In 2015 he released his most celebrated project of his career, In Another Life produced entirely by retro soul producer Adrian Young, Grammy Award success soon followed following his participation on the critically acclaimed, To Pimp a Butterfly by Kendrick Lamar.

When does Bilal headline at Matt & Phreds?

Bilal headlines at Matt & Phreds on Sunday 15 July.  Tickets are on sale now.