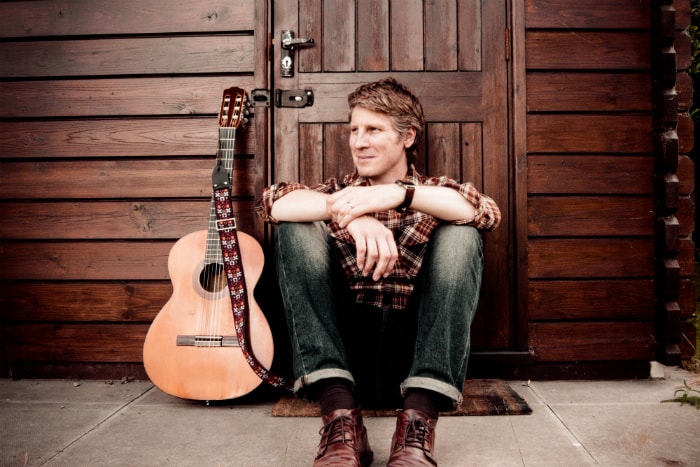 Ivor Novello winning Scott Matthews releases his latest album The Great Untold next week ahead of a run of dates including a Manchester gig at Band on the Wall.

The sixth studio album, The Great Untold, is a largely acoustic recording featuring 10 songs favouring sparse production.  The album was recorded at his own over the winter.  It’s stripped back, moving away from multi-layered instrumentation, focusing on vocals and guitar work.  Matthews is recently married, soon-to-experience fatherhood and has new hopes and fears, new stories to tell. “After Home Part 2 was finished” he comments, “I was looking to move forward by marrying harmony with my experiences since the last record. The plan to write an acoustic record has always been there. And finally the time is right to do that.”

“It’s a collection of songs that lots of people will hopefully relate to” he continues, “Naturally, my starting points are from a personal perspective but most times I have to broaden the idea so it’s not so insular as a piece of music. It can be a challenge but I’m very proud of where I’ve ventured to and there’s been a lot of soul searching woven into these songs that I hope people will appreciate. When I’m writing, I’m almost hearing voices from The Masters and thinking: ‘Would they approve?’”

Matthews has tested himself as a songwriter. He started as a soloist and has gone full circle, again ready to fly alone. It opens new possibilities, a different type of challenge. “It takes me out of my comfort zone and has made me test myself. I’ve largely pared it down to guitar and vocals. At the beginning, there was nobody else. It’s time to surprise myself. It’s time to go back to my own world.”

When does Scott Matthews perform at Band on the Wall?

Scott Matthews headlines at Manchester’s Band on the Wall on 6 May 2018.