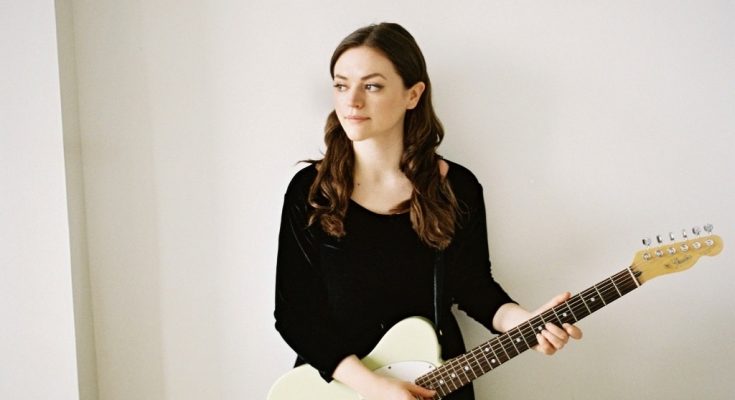 It was a case of finally! I managed to catch Siobhan Wilson at The Eagle Inn (one of our Manchester gig tips for April 2018) – events had so far managed to conspire against me catching her previous Manchester shows.  But this time I made it.  And I’m so glad I did!

Siobhan Wilson is back on the road, taking a break from the recording of her second album, the follow up to her successful debut There Are No Saints.

Before she takes to the stage, though, come two Manchester-based acts – Hannah Ashcroft and Granfalloon.

Opening in front of a highly attentive audience, Hannah Ashcroft performs a number of tracks from her excellent EP The Quiet Kind as well as some new, as yet unrecorded, material.  She opens with Neptune as she delivers a beautiful set, mixing the laid back with the upbeat, taking the time to share amusing anecdotes about the songs in between.  Her ‘moody alt folk’ is a hit with the audience who hang on every note, every chord and every word.  Having seen her perform a couple of times before, it’s no surprise that she performs so well.  Hannah Ashcroft is definitely an artist to catch at every opportunity.

Also supporting are two members of Granfalloon.  The self-declared ‘folktronic’ group, who will be launching their new single Broken Things at The peer Hat on 3 May, are an instant hit with the crowd as they perform tracks including Glamour and Wag from their 2017 debut album.  They laugh about almost missing the gig when their guitarist soundchecked at The Kings Arms before discovering he was at the wrong venue.  They also introduce George the omniphone, which was manufactured in 1984 (there’s a slight pause as they wait for the crowd to make the connection), as they move across to the more electronic side of their repertoire.  To the thrill of the audience they are joined on stage by Siobhan Wilson to perform a beautiful cover of Radiohead’s No Surprises – they laugh that it was prepared with very little notice and they joke about the cheat sheet on stage which looks like it was discovered in a crash at Roswell.

Siobhan Wilson makes her way through the crowd and to the stage to huge applause.  Adorning a set of wings, which she later explains were purchased whilst on the tour, she delivers an absolutely stunning set accompanied by guitarist Ken Belcher.

As she sings and performs on guitar (and occasionally keys) she has the crowd absolutely enthralled.  Beautiful vocals and lyrics are layered with gentle strings or keys (where she laughs as her wings become a slight hindrance, catching against the set and microphone stand) and the occasional gust of distortion pedal, making for a beautiful contrast.  Dark Matter sounds stunning; Dear God is beautiful and hypnotic; whilst slipping in to French for Paris Est Blanche and J’attendrai serves to add another texture, keeping the set list fresh and interesting at all times.

There’s the occasional twist thrown in too – Marry You is slightly edgier, which works perfectly, and a surprising cover of Sex Pistols’ Anarchy in the UK.  In truth when she explains that she’ll be performing the track following some surprising requests online, we’re not quite sure what to expect.  But she puts her own spin on the track and it works perfectly – and when she mentions that it’s probably one of the last times she’ll perform it, I’ll admit I’m a little disappointed as I’d love the song to make it on to one of her releases.

There’s a whole host more applause at the end from an extremely appreciative and satisfied crowd.  With a new album in the making it hopefully won’t be too long before Siobhan Wilson makes her way back to Manchester.